J.K. Rowling To Pen Film Script For Fantastic Beasts and Where to Find Them — A Harry Potter Spin Off! 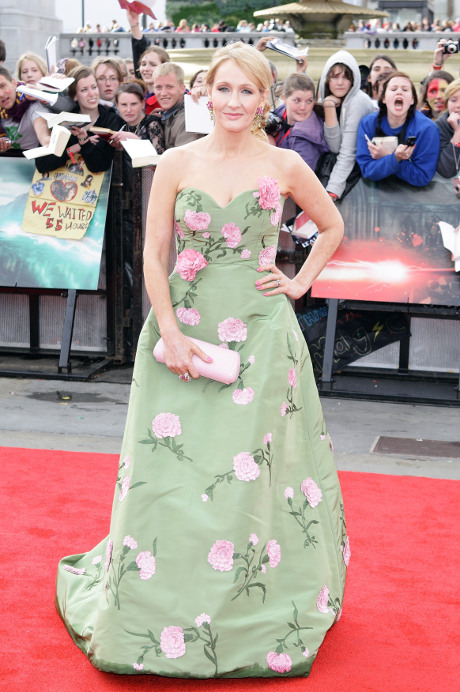 As a Harry Potter fan, I can’t even describe the gushing joy that I felt after hearing this news. Even though J. K. Rowling had stated in the past that it would probably be a while before she stepped back into the Harry Potter universe – if ever – that apparently changed when she was approached by Warner Brothers with a very interesting proposition.

Those who are fans of Harry Potter will be familiar with the name Newt Scamander as well as the book Fantastic Beasts and Where To Find Them. In the HP universe, Scamander was a famous historical figure who wrote Fantastic Beasts, which was used as an education tool at Hogwarts. Well, Warner Brothers approached Rowling with the idea of making movies based on Newt’s adventures – set 70 years before Harry’s adventures at Hogwarts.

Rowling reveals in an email statement, “I always said that I would only revisit the wizarding world if I had an idea that I was really excited about and this is it. I thought it was a fun idea, but the idea of seeing Newt Scamander, the supposed author of ‘Fantastic Beasts’, realized by another writer was difficult. As hard-core Harry Potter fans will know, I liked him so much that I even married his grandson, Rolf, to one of my favorite characters from the Harry Potter series, Luna Lovegood.” Rowling will be writing the scripts for the movies, which are now planned as a series of films following the adventures of Newt.

Rowling also added, “Although it will be set in the worldwide community of witches and wizards where I was so happy for seventeen years, ‘Fantastic Beasts and Where to Find Them’ is neither a prequel nor a sequel to the Harry Potter series, but an extension of the wizarding world.”

Basically, while it won’t have any characters from the Harry Potter universe, it will have the background, the history, and the magic – which is fine by me. The fact that Rowling is returning to the universe at all is cause for celebration, but since she won’t be constrained by a book she’s already written or an outline she’s already committed to, it should be interesting to see how her work translates into screenwriting. I have no doubt she will excel at it because let’s face it – the woman is a freakishly talented writer. And this means more movies for the fans!

Are you guys excited about this series? Or are you wary about them? Let us know your thoughts in the comments.