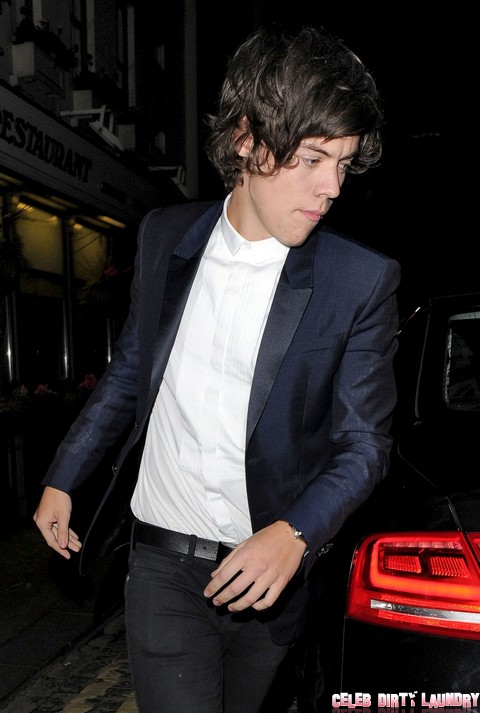 Don’t you love it when the parents of celebrities accidentally confirm their children’s romantic relationships? It makes for some great gossip, and it’s especially hilarious when these celebrities think they’re being ‘undercover’ by not revealing anything to the public. What, we’re not going to figure it out when we see you leaving each others’ places at 3 AM in the morning? Anyway, in this particular case, Rod Stewart has confirmed that his daughter Kimberly Stewart [33] is dating Harry Styles [19].

When Rod Stewart was on Alan Carr’s talk show, he was asked about Harry Styles sleeping over at his LA mansion [wink, wink]. Rod responded, “Oh that would be telling, I can’t tell you that. Well his car was there in the morning put it that way. But he may have just come round to pick something up, I don’t know.”

He then added, “He’s a lovely fella – oh bollocks, I’ve let the cat out of the bag now! He was actually round for dinner last night, he’s a lovely guy.”

Well, what’s a 14 year age difference in love? Rod probably doesn’t care because there’s an even bigger age difference between him and his wife, Penny [26, to be exact]. Besides, Harry and Kimberly seem to be happy, and sources say they are very much ‘in love’. Then again, sources said the exact same thing about Harry and Taylor Swift, and look how well that turned out. Besides, Harry is 19 years old and he’s just having some fun. I highly doubt this relationship is ever going to progress beyond that stage.