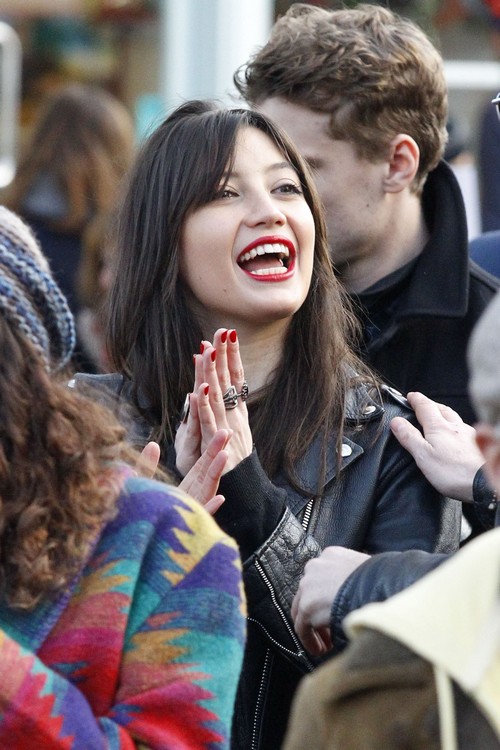 It seems like lately, every female Harry Styles is spotted with becomes his new ‘girlfriend’. The poor guy can’t go anywhere without being assaulted by fans, media, and speculation, which is probably why he’s taken to wearing wigs and disguises every time he goes out.

The latest bit of speculation comes from the ever-reliable UK tabloid The Sun [yes, that is sarcasm]. The Sun’s sources claim that Harry is dating Daisy Lowe, Gavin Rossdale‘s daughter and Gwen Stefani’s step-daughter. Apparently, Harry met Daisy through mutual friends Kelly Osbourne and Nick Grimshaw, and according to the report, Harry and Daisy were ‘all over each other’ at a recent party.

A source tells the Sun, “Harry and Daisy could be secretly dating. When Harry met Daisy there was a real spark. When they see each other they make sure it’s in private at night or with a group of friends.”

So what’s going on with Harry and Kendall Jenner, if Harry and Daisy are dating? I don’t want to break the hearts of One Direction twi-hards, but it’s likely that Harry’s just playing the field. Plus, he probably realized that dating a Kardashian might not be the best move, both for his privacy and his public image. So even if Kendall ‘really likes’ Harry, and the feeling’s mutual, Harry’s smart enough to stay far, far away from that lunatic family.

Besides, Harry + Daisy > Harry + Kendall. They’ve already been spotted by eyewitnesses at several parties, so even if they’re not necessarily ‘dating’, we shouldn’t begrudge either one of them for wanting to have fun. They’re both young and single, so what’s to stop them from hooking up and flirting? Of course, both 1D fans and Kendall Jenner’s fans are having a meltdown over this news, but fear not – it’s likely that this doesn’t last long either.