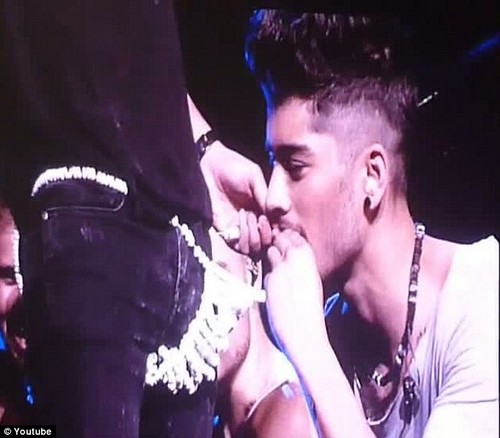 Harry Styles and One Direction bandmate Zayn Malik are close. Even though they were playing around, much to the amusement of their female fans, the two guys appear to have a really really good friendship… with benefits? It was only earlier this week they were caught onstage each other’s intimates. And no I’m not joking. This is a bromance!

At their Atlanta show, Harry had decided to put on edible underwear. The girls loved it but they loved it even more when he went over to the rest of One Direction to see who wanted a snack. I kid you not, Zayn volunteered first. This is the stuff of fanfiction but it did happen and was even posted on YouTube – see below!

I feel like this just the icing and I want pictures of the cake, the stains, and the leftovers. I  can’t wait to see the video. How about you?