Hart Of Dixie Spoilers: 14 Shocking Reveals About Season 3B! 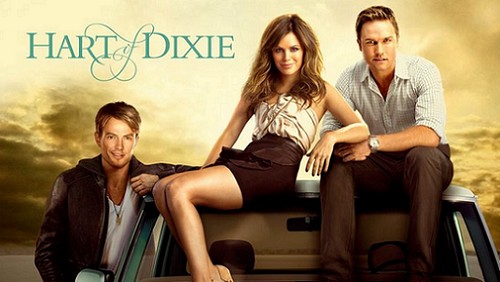 Lemon Breeland Will Be MIA

The actress that plays the part of Bluebell’s Lemon Breeland just gave birth to an adorable baby boy, and she was on maternity leave for most of Season 3B’s filming. Lemon doesn’t return to Bluebell until Episode 14, which means she will not be appearing in the first five episodes of Hart of Dixie Season 3B.

One Tree Hill star Robert Buckley appeared in one episode of Hart of Dixie Season 3A, and swept Lemon Breeland off her feet. They were adorable, and Lemon finally found a great guy, but then he left Bluebell. Well, in an interview with TV Line the producers of Hart of Dixie revealed that “there’s a very strong change Robert Buckley will be back.” Yay!

Days of Our Lives star Eddie Matos just landed the role of Enrique in Hart of Dixie Season 3. According to Enstarz, Enrique is “a sexy Latino personal driver for Grandma Bettie Breeland, who recently suffered from a hip injury. Enrique is an aspiring poet and is saving up money to go to school. He is also a charmer trying to romance and woo a special lady in Bluebell.”

Who Is Going To Jail?

Well, we don’t know who exactly is going to jail, or why, but it has been confirmed that one of the guys from Bluebell will be arrested in Season 3B. (Our money is on Wade, obviously.) According to E! News “it involves boys, cars, and stolen property.”

Remember Lemon’s snotty little sister Magnolia? Well, she took a role on another series, but according to an interview with the producers she will be back for a couple episodes in 3B. She most likely heads back to Bluebell to check up on her Dad Brick since Lemon is out of town.

Lavon Hayes is going to have his hands full in HOD Season 3B trying to stop the merge between our beloved Bluebell and their arch nemesis Filmore. Lavon will spend a couple episodes dealing with the merge, and he enlists the help of some of our Bluebell faves to make sure it doesn’t happen.

Shelby is so nutty, and Brick is like a love-sick puppy when she is around, they are adorable together! Shelby will be around for a few episodes (baby bump and all) in Season 3B, so we will get to see more of the wacky couple next season!

Wade hooking up with Zoe’s cousin Vivian in the HOD midseason finale came as a shock to all of us. And, according to the Hart of Dixie writers, it wasn’t just another one of Wade’s one night stands. Wade and Vivian will be in a serious relationship in Season 3B, and Wade will be playing the part of step-daddy to Vivian’s young son.

In Season 3B Zoe will be spending more time with the Wilkes, and getting to know her late father Harley’s family. Which is actually Zoe’s dream come true, except now her ex-boyfriend Wade is also a part of her family since he is dating her cousin…and it will make things a little awkward.

Zoe’s Mom will be back in Bluebell during Season 3B. Zoe’s relationship with her Mom has always been rocky, to say the least, she hid the fact that Zoe’s Dad was Harley Wilkes from her for most of her life. But, what comes around goes around. And, Zoe’s Mom returns to Bluebell and finds that Zoe has a new family, the Wilkes, and she doesn’t need her Mom anymore.

We all love Zade, and 99 % of Hart of Dixie fans are still watching and waiting for them to get back together. Unfortunately it doesn’t look like that will be happening in Season 3B. In an interview with TV Line the producers of HOD made it very clear that the Zoe/Wade/George/Joel love triangle can’t be the forefront of the show forever. In Season 3B Zoe will be building a future with Joel and Wade will be very serious about her cousin Vivian.

Bluebell will be in an uproar when photos surface of Joel and Anna-Beth in a compromising position. It was Zoe’s responsibility to distract the people of Bluebell from the pending merge with Filmore, and she was successful!

In the promo for Episode 3.9 “Something To Talk About” Lynly is questioning her cousin Lavon about George and Tansy’s relationship. She is scared that she may lose George Tucker now that Tansy is back in Bluebell, and working at the Rammer Jammer.

Even though Zoe is supposedly over Wade (which we all know is not true), she is not happy about him dating her cousin Vivian. In 3.09 Zoe will go out of her way to derail Wade and Vivian’s budding new relationship.