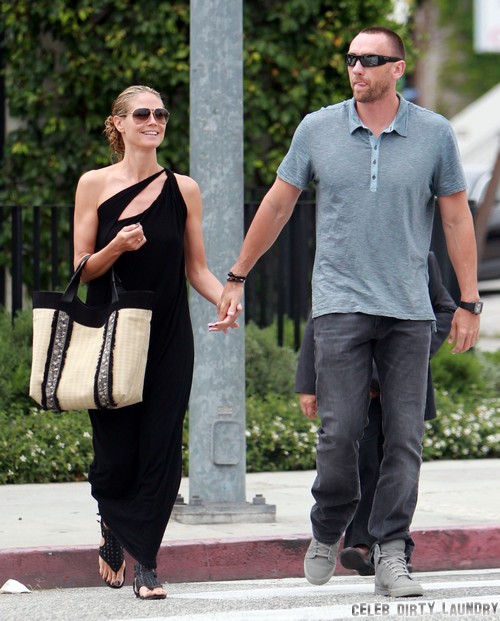 Heidi Klum filed for divorce from Seal in April 2012 and has been dating her bodyguard Martin Kristen ever since September of the same year. Apparently these two lovebirds are getting ready to take things to the next level with each other!

On April 20, Heidi, 39, and her bodyguard turned beau, Martin Kirsten, 45, were spotted sported matching Tiffany & Co. Etoile diamond-and-gold bands on their right ring fingers in Brentwood, Calif. “It’s a present from my boyfriend,” Heidi coyly admitted to Life & Style with a smile.

In September, just months after separating from singer Seal, her husband of seven years, the former Victoria’s Secret model confirmed her relationship with Martin after months of speculation and has since publicly exclaimed, “Yes, I’m in love!”

We all know what that means when they are already exchanging rings! That means that they are either having a commitment ceremony or are engaged! Let’s hope that they are happy, no matter what it is that they’re doing. Martin is definitely an upgrade from Seal, that’s for sure. What do you think? Are we going to be hearing wedding bells soon?