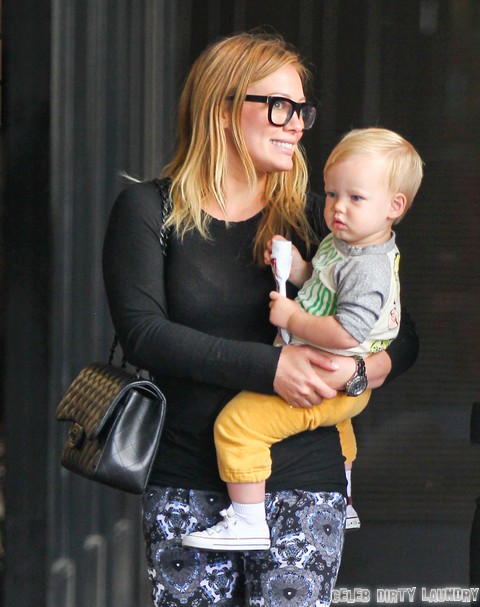 Oh boy are my fingers crossed on this one! Did Hilary Duff just drop her next career move in our laps yesterday? All of the speculation started over a simple little, one-letter tweet. “X” Let the rumors begin! X Factor is obviously going through some major transitions this year and only two out of four judges from last year will be returning. That means that Simon Cowell and Demi Lovato will be needing table mates and Hilary Duff would actually be a logical contender.

She’s in her mid-20’s, has enjoyed success as a singer as well as an actress and is married with an adorable baby. She’s relatable and a lot of X Factors top demographic grew up with Hilary. Sounds like the perfect person to sit where Britney Spears did last year, doesn’t she? Only better because I suspect Hilary will actually have an opinion and be a bit more outspoken and logical than Britney was. Plus she can trade Disney Channel barbs with Demi!

As a producer Simon knows that they need to fill the two empty judging seats with people that will make viewers want to watch and Hilary might just be an unexpected ticket. I did look at her Twitter feed and she’s one of those celebs that doesn’t post tons everyday which means her tweets matter. There was a clear message in that “X” and I’m betting she wanted to stir up her fan base to add some momentum to the idea of her joining X Factor.

Do you hope that Hilary does step in as a new judge? Would she do a better job than Britney did last season? Tell us your thoughts on who you’d like to see as a new mentor and judge on X Factor in the comments below!

“Cheaper By The Dozen” actress Hilary Duff takes her son Luca to a baby class on May 15, 2013 in Studio City, California.