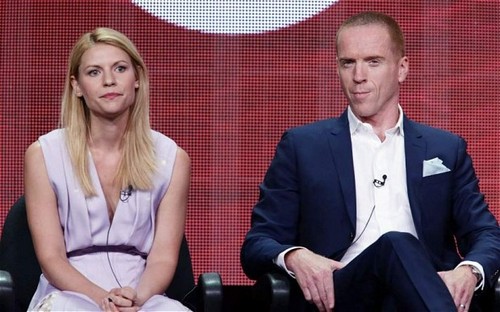 So the first episode of Homeland Season 3 is set to air on Sunday night, and we’re here to prepare you for everything you need to know. It goes without saying, but SPOILERS SPOILERS SPOILERS.

So when we last left off, Brody was going on the run and Carrie was helping him. The CIA had been bombed, and a LOT of major characters died. Saul, thankfully, did not – but he is now the acting head of the CIA, a job he clearly does not want. On the plus side, his wife’s back – yay Mira! However, Brody’s daughter, Dana, tried to kill herself after news of her dad being a terrorist leaked all over the news.

Cut to months later, and that’s where we pick up during the Season 3 opener. SPOILERS. If you want to watch tomorrow’s episode unspoiled, then please LOOK AWAY.

For those who want to be spoiled, we are here for you. First of all, nobody else dies – so far. So you don’t have to worry about taking bathroom breaks during the episode. However, the Carrie we see in this episode is a lot closer to the Carrie we saw at the beginning of Season 1 – in other words, not too stable. There’s also some major emotional moments that go down between Carrie and Saul, and they pack a wallop.

Dana, on the other hand, is alive – but not well. She’s been spending time at a recovery center after attempting to commit suicide, and this episode shows her returning to her normal family life. Or at least, trying to. Easier said than done when there are paparazzi hounding your every move, and your mother is watching over your every move to make sure you’re ok.

Carrie and Saul both have to deal with an inquisition into the CIA’s incompetence regarding the bombing and Brody’s culpability in the terrorist attack. We don’t see Brody until the third episode, so there’s no appearance from Damian Lewis in this episode, but fear not – there’s only two episodes until that happens.

Are you guys excited to watch the premiere of Season 3? We will be recapping it live tonight right here at CDL. Let us know what you think of the episode in the comments.