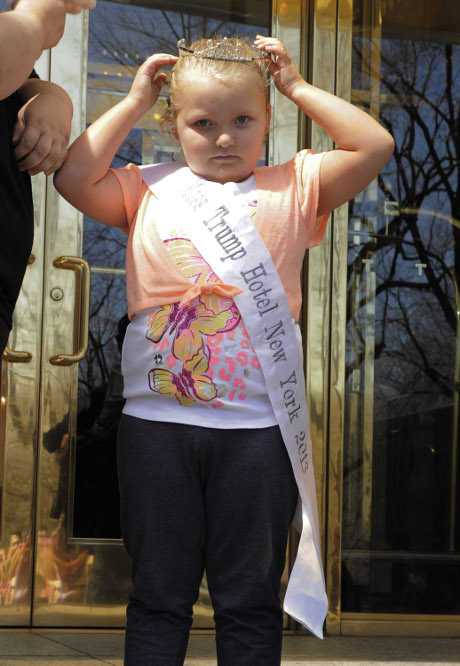 Last week Honey Boo Boo and her family came to Atlanta from their South Georgia town McIntyer, GA to film a special episode of Family Feud. The family played against Cake Boss family The Valestros. Their charity episode was taped at the Atlanta Civic Center on July 22.

The two TLC families competed for a $20,000 prize to be given to charity. The Thompson/Shannon family played in support of GLADD. The Valastros played for ALS foundation Momma Mary Foundation.

Access Atlanta blogger Rodney Ho did a recap of the game show. Rodney said the categories included bodily functions and of course cake questions. Each team had six members instead of the usual five. The show’s warm up guy Ruben Ervin gave the audience instructions on how to clap and how to respond to the contestants’ answers. Rodney said Boo Boo had fun goofing around with host Steve Harvey.

Per CNN trash talk came from both families. The competition was fierce! Honey Boo Boos’ sister Pumpkin was star struck when she met Steve. Buddy the Cake Boss came dressed in his chef’s jacket.

The taping lasted an hour. The special episode will air during the new season of Family Feud this fall. You better redneck-inize!!!