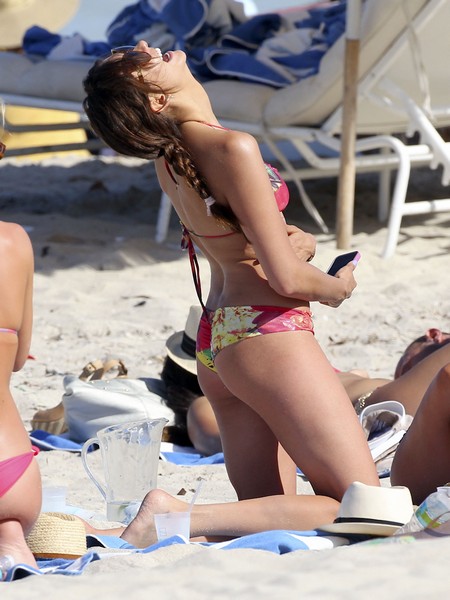 Last week marked the end of filming for Season 4 of The Vampire Diaries and everyone seemed to be excited to enjoy some down time. Ian Somerhalder thanked everyone under the sun and then made it clear that he had a huge trip planned. The smoking hot actor was packing late last week preparing to hop a flight to China. Remember a few months ago when Ian’s number one traveling companion was Nina Dobrev? Remember how we have repeatedly told you that the couple has been more off than on for months nopw while other sites have insisted the are going strong?

Well Nina is doing some traveling of her own and it’s not to China. Instead the quite obviously single star hopped a flight to Miami to soak up the sun with equally single and already mingling, Julianne Hough. This is the second girls weekend that the pals have had since Jules kicked Ryan Seacrest to the curb a month ago. The ladies are said to be really bonding over their single status and their unraveling themselves from men that have no intention of committing. All the power to them!

Do you think Ian regrets letting Nina slip through his fingers? Maybe she got fed up with dating someone that was far more committed to saving the world than to saving his romance with her. Absence hasn’t really seemed to make the heart grow fonder either. Ian and Nina headed to Toronto earlier this month to greet a young girl awaiting a double lung implant. They played nice while visiting but photos from when they were left alone said it all. It was a job to make that trip. Do you think there’s any hope for a reconciliation? Tell us your thoughts in the comments below!

Julianne Hough and Nina Dobrev hanging out with friends on the beach in Miami, Florida on April 28, 2013. The friends did each others hair, had drinks and soaked up the sun