Ian Somerhalder & Nina Dobrev Get Back Together To Help Ian’s Dog Give Birth to 8 Puppies! (PHOTO) 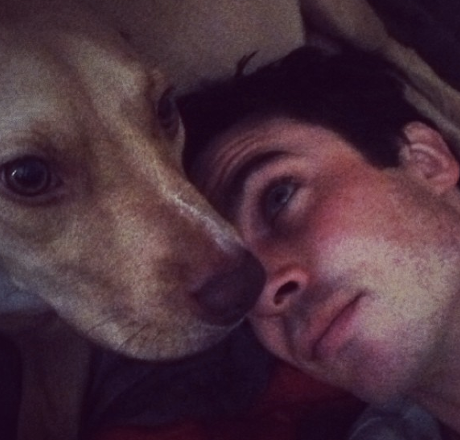 Ian Somerhalder and Nina Dobrev might’ve called it quits with their romantic life, but they didn’t let their romantic situation (or lack there of) keep them from reuniting to help Ian’s dog, Nietzsche, give birth to 8 adorable puppies! On Tuesday, The Vampire Diaries stars banded together to witness the miracle of life and were active on their social media accounts to convey their joy.

Ian, alongside a picture of his doggie, posted via Twitter, “Live from the whelping box In Atlanta! Panting, pushing, contractions.” Later, Nina posted a picture on her WhoSay account with the mom nursing her new puppies. “Birthing little Nietzsches… Such a beautiful + equally terrifying thing to witness… The miracle of life :) #Wow.”

The couple are still technically separated, though it seems as if they continue to remain on friendly terms. Who knows if they’re ever going to get back together officially, but who cares, because their on-screen Vampire Diaries relationship is hotter than ever, so that counts for something, right? 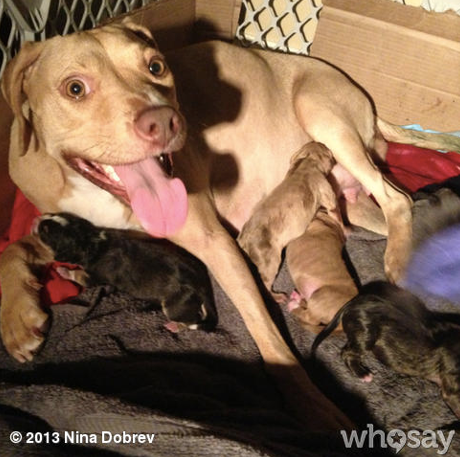