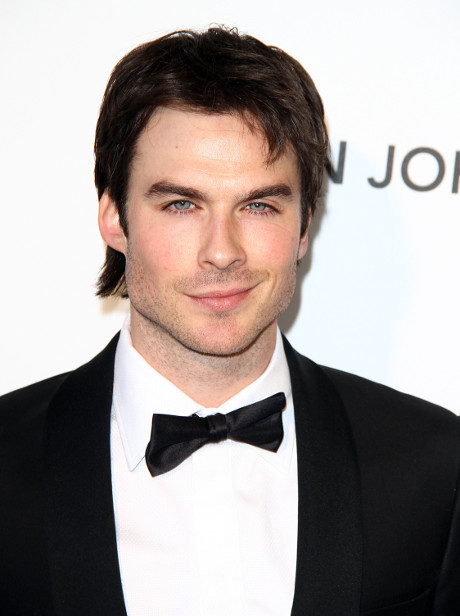 Well, this is going to be really awkward, I think. I’m talking about the upcoming season of The Vampire Diaries that will pick up with summer ending in the fictional Mystic Falls. Fans of the show will catch a glimpse of how all of their favorite characters spent their time in a unique burst of flashbacks and  Damon and Elena will be featured in several sex scenes, showing exactly what went down between their characters.

Here’s the problem: their portrayers, Ian Somerhalder and Nina Dobrev, recently ended a 3 year relationship and are said to be on rocky terms at best. If Nina wouldn’t even stand near Ian during a publicity event, how the hell did she survive filming several sex scenes with him? I guess that’s why they call it acting, right? Or is it? Maybe those scenes will be a catalyst towards getting these two back together again!

Ian was originally rumored to have bounced out of the relationship because he wanted to make a clear play for the role of Christian Grey in Fifty Shades of Grey. He and his handlers believed that being single in real life would make him more believable in that role but we now know he didn’t get it.

Will crawling into the fake sack with Nina remind him of what he’s missing? More importantly, do you think that Nina would ever take him back?  She seems to have really been the hurt girlfriend that never saw it coming and there has been a lot of hurt and resentment coming out of her in little spurts for months now.  Would she go there again? If not don’t you think that these love scenes would be nearly unbearable for her? Tell us your thoughts in the comments below!