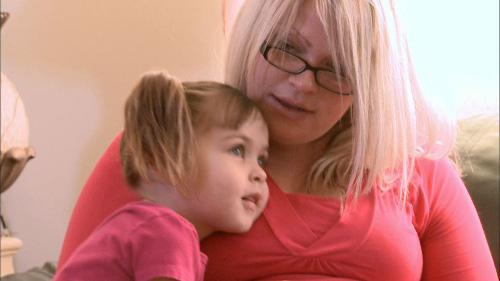 I’m Having their Baby  is in its second season and the drama, tears, and baby bumps are bigger than ever. The show tells the story of pregnant women who have made the decision to give their newborns up for adoption; the resulting stories are intimate and, at times, emotionally challenging and taxing on the pregnant mother. However, each mother wants the same for their future child: the brightest future possible.

Here’s a bit more about the show, courtesy of Oxygen:

“I’m Having Their Baby” provides an intimate look into the world of adoption by telling the too-often untold story of the birth mother and their experience in making this difficult and emotional choice. The series documents a range of poignant, personal stories as the women struggle with an unplanned pregnancy and ultimately decide whether or not to place their baby in the hands of another family. However diverse the case, there is one thing that’s common – each woman wants the brightest future for her unborn child and a better life for herself.

Below are the previews for this week’s episode, which airs this Wednesday at 10pm on the Oxygen network.