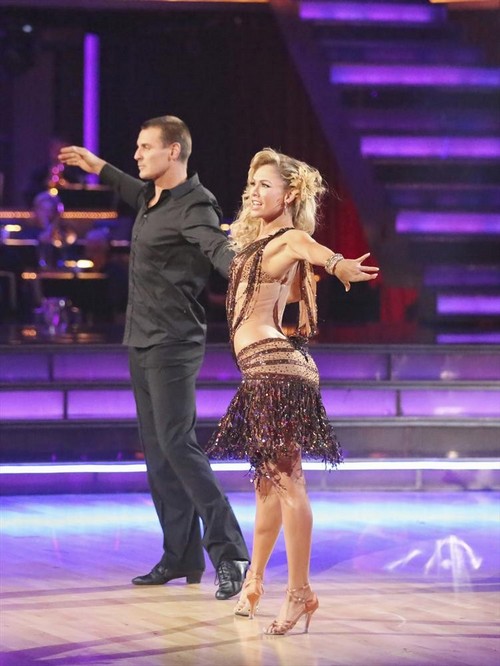 INGO RADEMACHER danced a FOXTROT on the eighth episode of DANCING WITH THE STARS: 2013 performance show tonight. On this week’s show the six remaining couples took to the dance floor and for the first time this season, each couple had to perform two routines in an effort to impress the judges and earn America’s votes.  If you missed the show, we recapped tonight’s show for you and if you want to see how all the couples did go HERE!

Judges comments: Len: “It had an ease of movement.  I loved the interpretation,  I am telling you all the moaning and growing and you came out and did it!”  Bruno: “Look out you coming out and challenging that foxtrot.  You did  a great job.  You even put an arabesque, you put work and worked!”  Carrie Ann: “Best posture I ever saw in the hold.  You reminded me of Gene Kelly, a casual quality when you dance.”