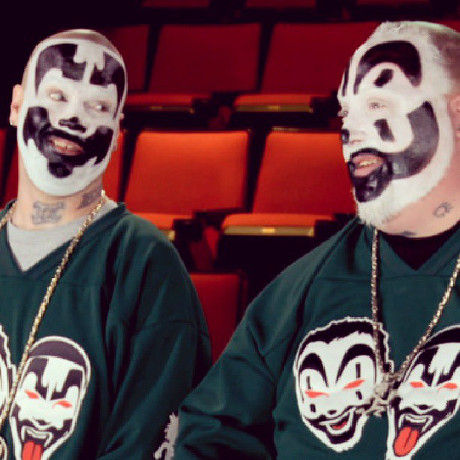 Insane Clown Posse has been slapped with a lawsuit by former lawyer/publicist Andrea Pellegrini, who alleges her time working with the band involved violent and sexual abuse within the workplace. The suit has been filed after Andrea alleges she was fired after reporting the abuse to the Posse’s record label, Psychopathic Records.

The crazy acts that have been deemed violent and terrifying were reported in the lawsuit, which was filed in Michigan. Some of the highlights, reported by TMZ, include . . . .

1. In 2011 … Violent J’s girlfriend Michelle Rapp glared at her in a hostile manner. When she complained to the president of the record label, he told her Michelle is “crazy” and might beat her up.

4. Later that day …. Andrea says Dan gifted two other women in the office with “vagina tighteners”

5. In August 2012 … she was told she couldn’t use the private bathrooms at the Gathering of the Juggalos and was forced to share restrooms that were “often full with naked male strangers.”

Andrea is currently suing for wrongful termination, as well as a hefty list of injuries and personal damages, which include “fright and shock” and “horror, outrage and indignity.” What do you think about these accusations?