Interstellar Trailer Review: Inspiring And Emotional, But We Still Don’t Know Anything 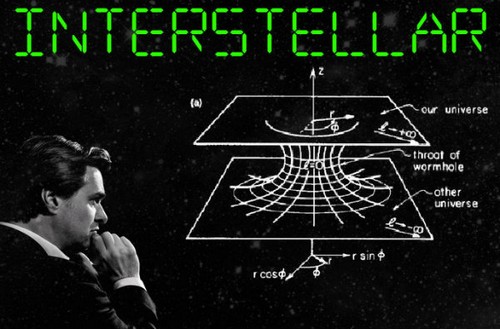 The first teaser trailer from Chris Nolan’s next film, Interstellar, went online this morning to massive buzz. And how is it? Well, it’s a great teaser, that’s for sure. But we still know pretty much nothing about the actual plot of the movie. The official synopsis has something about space travel and wormholes, but the description is obviously purposefully vague. Before Inception came out, the synopsis had a similarly vague description of minds and thieves, but we all know the film wasn’t just about that.

Most of the teaser for Interstellar doesn’t contain any new footage, instead having Matthew McConaughey’s character narrate over a series of landmark moments in our history, all depicting space travel. The last 15 seconds are the only ones that do contain actual footage from the film, and they definitely give us a sense of the movie’s tone. We know it’s going to be emotional, and we know it’s going to be epic – not an easy feat to pull off in fifteen seconds. But that music when the rocket launched into the sky at the end? Count me psyched.

Apart from Matthew McConaughey, we don’t get a glimpse of any of the other actors in the movie. There is a small moment in the end where we see a man and woman holding hands against the backdrop of the rocket launch, but since we don’t see their faces, it’s impossible to discern who they are.

What did you guys think about the teaser? Are you excited for the film or do you need more? Interstellar comes out on November 7th, 2014 and in addition to starring Matthew McConaughey in the lead roles, also stars Anne Hathaway, Jessica Chastain, Topher Grace, Wes Bentley, and Michael Caine.