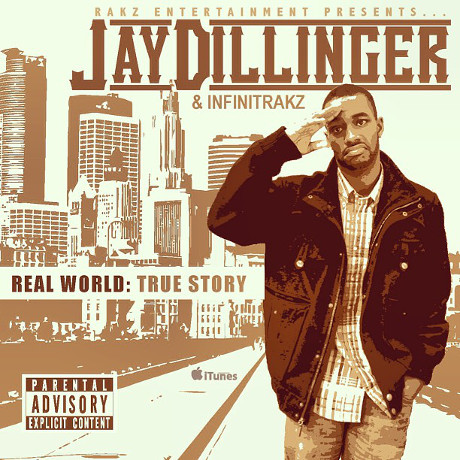 Marlon Williams has an undeniable passion for music. You get a brief taste of his skills in the last few episode when he visits InfinitRakz studio. This is only the beginning. Stay tuned! He is a man of many talents–everything from music to football at Texas Tech to, of course, Reality TV.

In between his recording of shows, he put out some pretty fresh beats for sure, even music featuring his Real World cast mates Jessica and Anastasia AKA Bird. He even made a music video featuring Nia and Bird. He will be dropping his first album on the 24th of this month so be sure to check it out on iTunes. He also has his own brand #WavyGang and don’t forget to check him out on Challenge: Rivals II on MTV. He’s one of the most “real” people I’ve met in long time, which means I’ve got mad respect for him and his music.

Williams was kind enough to answer a few questions, so continue reading to get the inside scoop!

How many songs have you released total?

— I’ve only released 2 of my own mix tapes. Life Files, The Saga Mix tape, and then on July 24th my first album Real World: True Story will drop.

Do you write your music?

— Yah I’m like a 1 man army with this music. I write, record, mix and master all my music on my own.

How did you come up with the concept for your song “Thirsty”?

— Thirsty was just an in-the-moment creation chilling at the studio with Jess, Anastasia, and Nia. Jess was commenting on some of the females I was dealing with the night before. I always call easy females thirsty so she said, “Bitches all thirsty and junk.” Bam the rest is history.

Also you have been doing alot of music video filming lately shall we expect a video for thirsty possibly?

— Yup you know it. I’ll have 2 videos coming out real soon. 1 for the album for the track “Presidential”. Then 1 for the Saga Mixtape song “No Worries”.

You are currently on the MTV Challenge: Rivals 2? How was that experience?

— Experience was cool. Didn’t add up to what I thought it was going to be. I can say it’s a very different mindset though. You’re there for competition so the vibe is more turned up. Nobody is really friends–it’s all about winning that money.
After experiencing the show, would you go back for another one?

— Not to sure honestly. It’s one of things where if what I have going on at the time is less important then I will. If not, I’ll pass.

In the season premiere of challenge you and CT get into a spat. You didn’t back down. How are you and CT now?

— I don’t really talk to him at all now. Not really tripping on the whole fight. It was just some chest pumped-up thing. It’s in the past so I’m not sweating it.

There has been some controversy accusing you of not being real because of your lyrics and religion? Do you ever want to react to their negativity and tell them off?

— Yah I do a lot. I mean my faith is something I really take seriously. The more I look into it though I realize a lot of people don’t really understand what believing in God means. Also, the fact that being a Christian doesn’t mean you’re a perfect person. It’s hard for ignorant people to understand even that thought, I believe. [Even with] God, I still have the same thoughts and feelings as everyone else. Therefore, those thoughts are what is expressed in my music.

How did you come up with your artist-related names Jay Dillinger and JDeezy–what inspired them?

— It came from the bank robber from the wild west. He was an outlaw socially. People didn’t understand why he did things the way he did but respected the fact that he was talented at it. For me I feel that is symbolic of my life just the same.

Has your father heard any of your new music?

And has he watched any of the RW or Rivals?

— Yah he watches all the episodes.

And prior to going on the Real world how familiar were you with the show?

— I watched the Real World a lot in high school. Then as I got older I stopped watching as much.

And the Challenge has just begun on MTV. How are you feeling about what the episodes will be like? I heard you guys didn’t get to pre see any the content? Will you be tuning in live every Wednesday like us?

— I really don’t sweat the show. At the end of the day so much of it is edited that there is no telling what’s gonna be seen on tv. I just enjoy it for the ups and downs it gives people that didn’t get to live it. They never show the full story, but I mean the TV’s for you.

What are your future projects, goals, and hopes for the future?

— My closest project is my album dropping July 24th digitally. Put some real work into it with Infinit Rakz my producer. Also dropped a mixture titled: The Saga Mixtape on datpiff. Currently working with model agencies out of New York and Atlanta for some projects. Other than that it’s just building this Wavy Gang movement with the music and living the dream while it lasts.

Tell us about your album that’s dropping July 24th and the inspiration behind it? And also tell us a bit about Sagamix.

— Worked on this project and I’m very proud of the outcome. A lot of things have been questioned lately but I feel this work will explain a lot. Crazy I was able to accomplish this while in the middle of filming MTV Real World Portland. Most songs were written and recorded in 1 night.

Shall we expect a tour possibly this summer? If so, are there any locations in mind?

— Yes and Not sure where just yet. It’s in the works.

Keep up on Marlon and all his coming up projects and music releases.