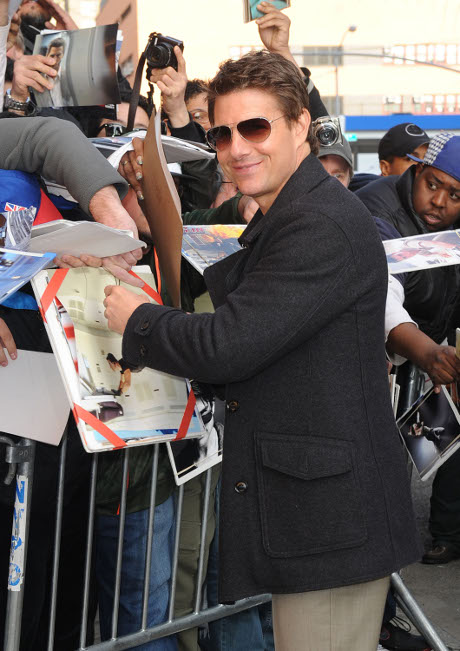 I wonder if Tom Cruise and his Scientology finally pushed his daughter Isabella Cruise away. We recently told you about her musician boyfriend, Eddie Frencher, stepping away from the controlling cult and how it was going to put Isabella in an awkward position. Her father was likely going to follow the rules and shun Eddie, leaving Isabella stuck in the middle. If she was made to choose sides then it’s very clear that she chose her boyfriend and that path has led her back to adoptive mother, Nicole Kidman.

According to the June 3rd print edition of GLOBE, Isabella has been spending quality time with Nicole and her step sisters and she’s also been going to the studio with Keith Urban. This is a huge development for the family, as Isabella has shunned Nicole for years because Scientology directed her to cut her unbelieving mother from her life. She’s now rebuilding that relationship and loving her time with Keith. He gave her a guitar and also is anxious to work on a project with Eddie.

Tom must really be losing it. Think about it — last year he lost control over Katie Holmes and watched as his youngest daughter Suri was led by the hand away from the practices that he insists on. Now Isabella has also gone over to the other side and seemingly has turned her back on what he values most. Tom only has his son Connor left to try to control and my gut tells me that won’t last for very long.

Do you think Tom is upset to see his family ultimately betraying the religion that he has shoved down their throats? Will he be on the outs with everyone eventually? Do you think he cares or is it just a matter of doing what’s expected of him? Tell us your thoughts in the comments below!