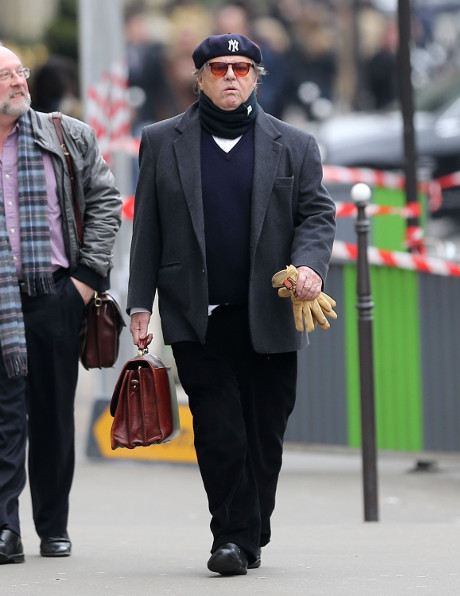 You don’t hear much scandalostiy attached to Meryl Streep, the epitome of acting royalty, but a new Jack Nicholson biography claims that she and Jack partook in a steamy love affair in the 1980s. The affair allegedly went down while the two were doing the movie Heartburn, an adaption of a Nora Ephron novel, and while Meryl was married to her husband, Don Gummer, with whom she’s still happily married to today.

The new book, written by Marc Eliot, says:  Jack met Streep the first day he was on set. (Mike) Nichols had wanted to keep some tension between them before the cameras rolled. According to Streep, ‘it was like meeting Mick Jagger or Bob Dylan. He was a big deal’. To break that tension, just before their first scene together, Nicholson knocked on Streep’s trailer door and asked if he could use her toilet. She said sure. End of tension.

Eliot writes that the fling occurred while on set. The book comments on Jack’s proclivity to have a lot of women at the same time and, if Jack and Meryl ever did have an affair, then it wasn’t like they were in love or anything and ended abruptly after the filming wrapped up. What do you think? Do you think Meryl and Jack could’ve had an affair? Let us know in the comments section below! Meryl is too classy to cheat, so my bets are on the fact that she politely declined Nicholson’s sexual advances!