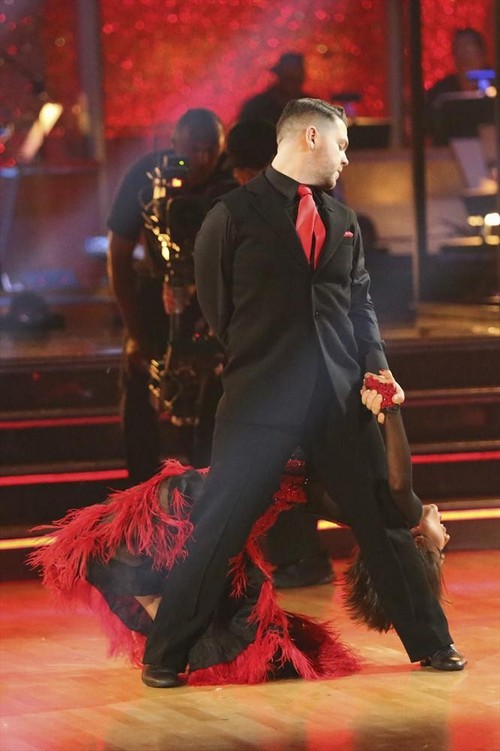 On tonight’s episode 9 of Dancing With The Stars the couples competed in two rounds of dance.  For her second round Jack Osbourne danced a SAMBA with Sharna Burgess and Cheryl Burke for his trio dance routine.  To check out Jack’s DWTS bio [CLICK HERE]  If you missed tonight’s show you can read a full and detailed recap, right here.

Jack Osbourne and professional dancer Cheryl Burke: danced a Viennese Waltz.  Cheryl said this about choosing Sharna, “We picked Sharna because he’s never had girl on girl action before so he really wanted Sharna.”

Judges comments:  Len “It was such a clever routine, great fun but the technique was not there.” Bruno “I’ve got a bad case of jungle fever, I had so much fun watching you.” Carrie Ann “It is great seeing you come out of your shell, but you looked overwhelmed with the two women. It wasn’t your best.”