BY Kinsley Goldman on April 8, 2013 | Comments: one comment
Related : Dancing With the stars, Dancing With The Stars Season 16, Performance Videos, Reality TV, Television 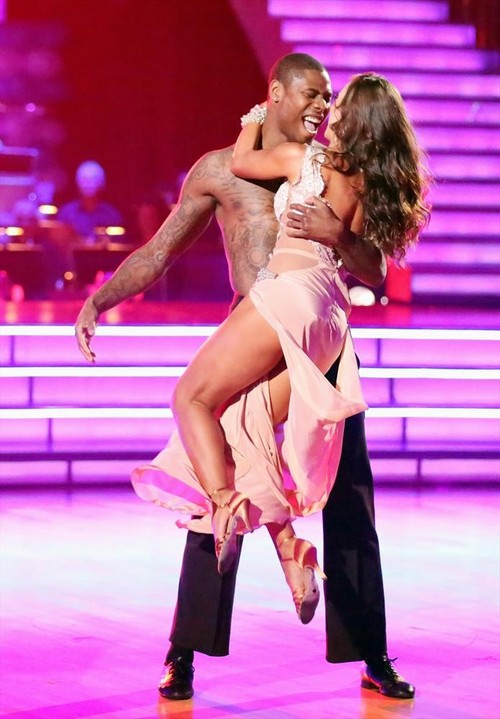 JACOBY JONES danced a FOXTROT, on the fourth episode of Dancing with the Stars: 2013 performance show tonight. Each couple will dance to a song of the celebrities’ choosing that represents a memorable time or experience in their life. In addition, each celebrity is challenged to perform a brief solo during their performance. If you missed the show, we recapped tonight’s show for you and if you want to see how all the couples did go HERE!

The Baltimore Ravens wide receiver Jacoby Jones depicts his Super Bowl victory with his Foxtrot with Karina Smirnoff and are we really surprise this was the best year of his life.

Judges’ Comments: Carrie Ann said, “I think your son is so proud of you. That dance was phenomenal, it was joyous.  I love you went out of the box.  I think you have a shot at winning this.  Watch your butt sticks out sometime.”  Len said, “I know your not a fan of the foxtrot, but I am a fan of your foxtrot.  Big guys trying to do elegance is great.  Well done.”  Bruno said, “You were throttling at full throttle.  I love your exuberance.  You hands, sometimes you do it well, sometimes they are like spatulas.  Great talent!”