BY Robyn Good on April 22, 2013 | Comments: one comment
Related : Dancing With the stars, Dancing With The Stars Season 16, Performance Videos, Reality TV, Television 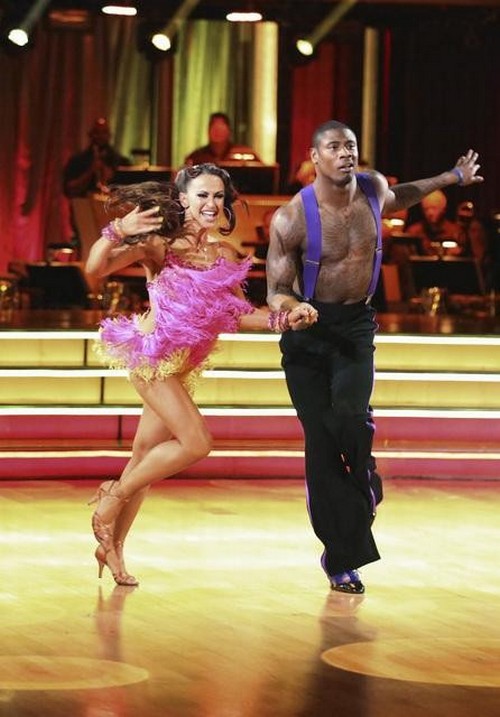 JACOBY JONES danced a QUICKSTEP, on the sixth episode of Dancing with the Stars: 2013 performance show tonight.  The remaining couples hit the dance floor in another DWTS first.  Tonight’s show devoted, for the first time, an entire evening to one artist, legendary singer Stevie Wonder.  He performed some of his classic songs,  including “Sir Duke” and “My Cherie Amour,” and the celebrities will dance to his greatest hits, including “I Just Called to Say I Love You,” “For Once in My Life” and “Signed, Sealed, Delivered (I’m Yours).”   If you missed the show, we recapped tonight’s show for you and if you want to see how all the couples did go HERE!

Judges comments: Bruno: “I got whiplash trying to look at you, your energy is amazing.  Room for improvement, but I enjoyed it”  Carrie Ann: “Each time you come out and you surprise me, you bring a new element.  I like the frame!” Len:  “I know it is Stevie Wonder night and it started out that way but by the end it was Beatle night and I was thinking of Help.  I admire, I like you and I am willing you every night to do well.  This dance did not suit you.  You did a good job with a hard dance.”