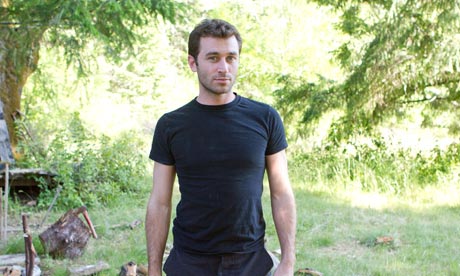 When asked about what went down during the sex scene, Deen first says that they both took precautions. He explains, “My request to do the scene with her was that she was tested and we both get tested.” He continues, “I also said she has to be on birth control and they confirmed that she was on birth control.”

However, when it comes to the topic of protection, Deen clams up and says that he’s not allowed to say anything. When asked specifically if he used a condom, Deen says, “I’ve been requested not to divulge any information of what’s inside the video and blah, blah, blah with respect to other people.” When asked again, he says pretty the same thing, adding, “I’ve been requested not to divulge specifics about what happened in the video to keep it a surprise.”

It’s pretty obvious that Deen has a pretty low bullshit meter, something he himself says in the interview. He can’t seem to stand phonies and while he’ll show up to work and do the job that he’s being paid for, he sees no reason to keep his mouth shut when he sees something that irritates him [much like Lindsay Lohan’s mess of a shoot for ‘The Canyons’].

Now, when it comes to Farrah Abraham – it’s clear that she’s hoping this will do for her what Kim Kardashian’s sex tape did for their family. However, Farrah might not realize that when Kim had her sex tape, it was still a private tape and Kim did not have a young child at home. Right now, this tape does nothing but keep Farrah relevant for a little while longer. It’s not going to bring her endorsement deals [at least, I HOPE not], and the only reaction from the public seems to be UGHH. We just end up feeling sorry for her daughter, who’s unlucky to have someone like Farrah for a mother.