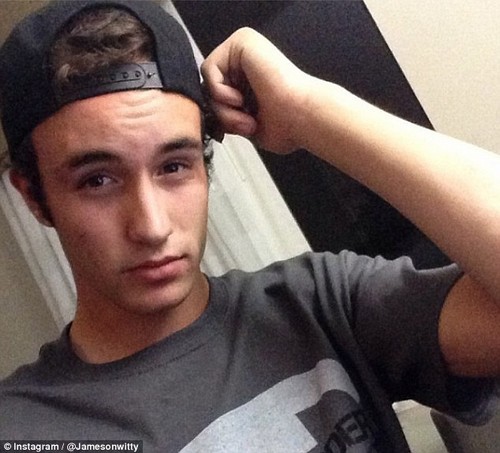 According to reports, a teenager in Los Angeles was arrested after stealing a roof panel from Paul Walker‘s crash site on Thursday.

Radar claims that the thief was an 18-year-old boy named Jameson Witty, who was caught and taken into custody at his house. Jameson reportedly stole the roof panel from the Porsche that Walker crashed in. Apparently, the remnants of the car at the crash site were being towed away by a truck when Jameson decided to tag along and steal the roof panel.

The idiot then decided to post an Instagram picture with the panel, pretty much admitting to robbery. He captioned the picture, saying, “took it off a tow truck at a stop light” with the hashtags, “#paulwalker, #rip, #comeup.”

Jameson Witty is not the only person who has attempted to steal items from the crash site. According to reports, there have been a couple of people who have been caught trying to take home items from the ruined porsche, which is both bizarre and macabre. I get that these people want to have some close connection to Paul Walker’s death, but trying to steal the remnants of the car he died in is just twisted.

Jameson was reportedly held on a $20,000 bail, and it’s not clear whether he’s already been collected by his parents. This should scare off anybody else attempting to do the same thing, although it will be harder now that the crash site has mostly been cleared up.

What do you guys think of this report? Let us know your thoughts in the comments.