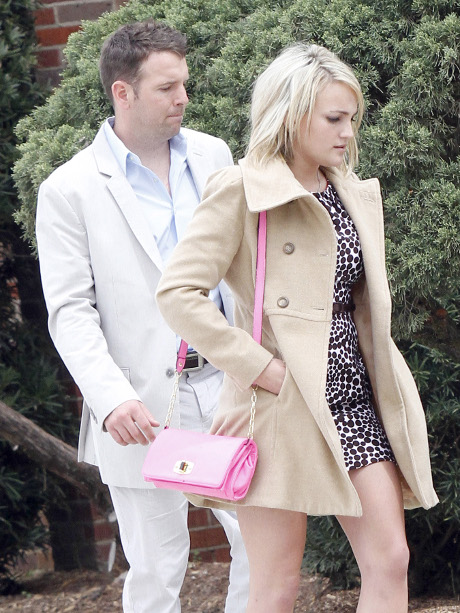 Britney Spears has been working hard prepping for her upcoming Vegas residency and attempting to put promote her eighth album, Britney Jean. While Britney’s career seems to be doing well, she may have some familial competition. Her baby sister, Jamie Lynn Spears, is making a comeback and just released her debut single.

You may remember Jamie Lynn from her Nickelodeon days. Britney’s mini-me first appeared on the variety sketch show, All That, and eventually starred in her own sitcom, Zoey 101. She was basically Nickelodeon’s answer to Disney’s Miley Cyrus/Hannah Montana. Her success was cut short when she got pregnant at 16. Zoey 101 ended and she went back to Mississippi to raise her daughter.

Now, five years and two fiances later, the 22-year-old is living in Nashville making some gosh dang pretty country music. Jamie Lynn tweeted the link to her debut single, “How Could I Want More.” The song is about finding Mr. Right and it’s actually really good. Her voice works well in country and if managed and promoted properly, she could have a successful career in country music.
It’s unknown if a full length album is in the works. However, she did team up with big sis for a duet on Britney’s new album and she is excited for her future in music.

“It’s seeing it all here and it’s real. It’s like, ‘Oh my goodness, I’m really gonna do this.’ It’s like my second baby,” she told E! News.
Do you think Jamie Lynn Spears is the next Taylor Swift? Leave a comment and join the conversation.