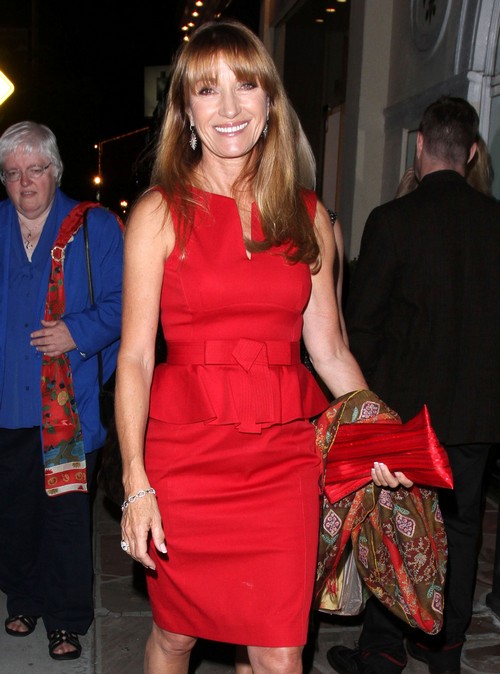 Well, yet another Hollywood marriage has fallen by the wayside along the route of the Dodo bird and dial-up internet. TMZ reported that Jane Seymour, 62, filed documents last week in Los Angeles County Superior Court, to formalize her legal separation from husband James Keach, 65, citing the old standby of irreconcilable differences.

Seems marriage in Hollywood has an expiration date like milk or eggs. Poor Janie and Jim lasted twenty years, which in L.A. is a miracle in itself. They have 17-year-old twin boys that are probably wondering why they even bothered to get married in the first place. I feel for the boys, no child wants to see their parents vanish into thin air, only to materialize during holidays and summer vacation.

But you’ve got to give kudos to Jane for requesting joint and physical custody. The soon-to-be divorced couple separated in April. For us regular schmoes if you want to leave your louse of a spouse, you pack a suitcase, take the dog, and say adios. Only in Hollywood do you split, announce it to a world that could care less, and take your time mulling over who gets the antique China from your wedding. Then you make it legal.

A sad ending to a marriage that should have lasted longer than re-runs of Dr. Quinn, Medicine Woman.