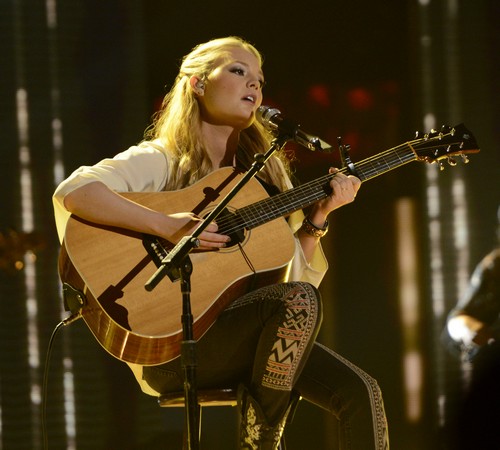 Oliver Springs, Tennessee native JENELLE ARTHUR performed, “The Dance” by Garth Brooks for her Top 6 AMERICAN IDOL performance tonight.  She said about the song, “It was one of those songs that really opened up my mind to how deep lyrics can be and how there’s more meaning to it than what you think.” Did you watch tonight’s show? We did and we recapped it here for you.   The contestants sang two songs tonight, one will be from Burt Bacharach and Hal David songbook and the other will be “A Song I Wish I Had Written.”

On last week’s show Janelle opted to sing Billy Joel’s hit song “You May Be Right.”  We were thinking that this was a rock night, but wasn’t this song a bit of a copout? After Jenelle sang Randy had this to say about her performance, “She’s real and honest and he loves her vest with the fringe. She’s the great contender.”