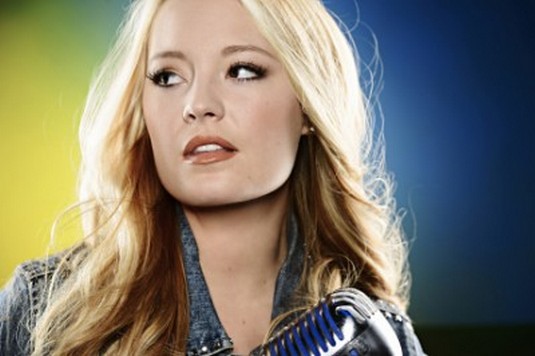 23-year-old Janelle Arthur a native of  Oliver Springs, hit the stage last night on the Top 5 of American Idol.  Janelle sang Dolly Parton’s song “Dumb Blond,” for her diva performance last night.  Sadly, her Idol dream has come to an end and she was sent home on American Idol tonight.   Did you watch tonight’s show?  We did and we recapped it here for you.

Janelle auditioned in Charlotte. She has auditioned twice before, in seasons 10 and 11. In Season 10, she was cut in the group round, and in Season 11 she made it to the Las Vegas round.  In the semi-finals of the twelfth season, Arthur performed “If I Can Dream” by Elvis Presley.

The judges had this to say about Janelle’s rendition, “When I Call Your Name” by Vince Gill.  Nicki – When she has her guitar, she’s more comfortable. More of that, otherwise she overcompensates.  Randy – This song brought her back for him. Janelle’s back where she belongs. That was beautiful. Mariah – She believed her. She felt the song. It was so raw and real. Keep the confidence.  Keith – Her voice is angelic and she hit all of then notes, but he didn’t feel it.

Sound off your comments below and tells us what you think about Janelle’s Idol experience.  Do you think you Janelle should have been sent home?