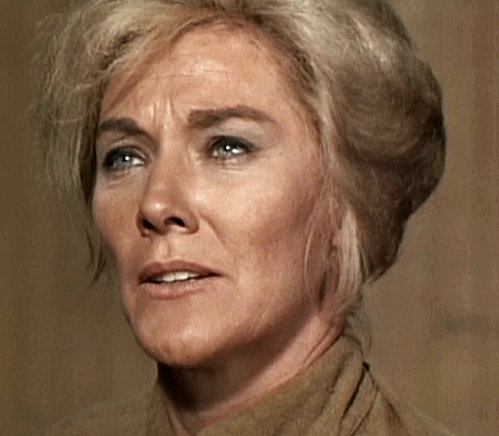 Soap opera legend Jeanne Cooper has passed away on the morning of May 8th at age 84. Cooper was a household name for those who watched the Young and the Restless, and her performance as Katherine Chancellor has been a defining part of the show for the past 40 years.

Her son, Corbin Benson, who played Father Todd on the show, uploaded a few words to Facebook this morning in the wake of his mother’s passing. He wrote, “Wasn’t sure how I would have to say these words so I opt for simplicity at least to begin… My mother passed away this morning just a short time ago, peaceful with my sister by her side, in her sleep. I was going to visit this afternoon, thought I had time. Reminder to self – time is a precious thing. I too am at peace however. I said my goodbyes several times over during the last few weeks. I’ll go one last time now for a gentle kiss a final farewell for this lifetime.”

He also added, “I would ask that closer friends respectfully give us some time to find our family’s path in this transition, and please limit calls, emails and the rest for a couple of days. As always, your outpouring of love here on this page, is not only welcomed to continue but truly appreciated and comforting.”

Cooper has received 10 Daytime Emmy nominations for her role, but she won only once in 2008. She also has a star on the Hollywood Walk of Fame, which she received in 1993, and also won a Lifetime Achievement Award in 2004. For those who want a more in-depth look at her life, she published her memoir, ‘Not Young, Still Restless’ last year.