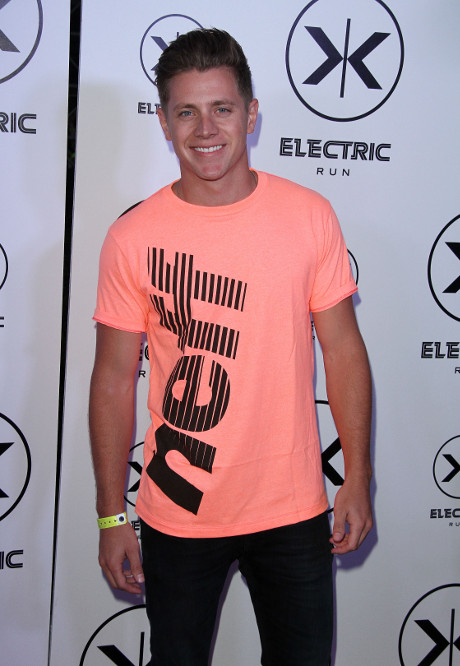 Jef Holm‘s unstable engagement to former Bachelorette Emily Maynard might have gone up in flames, but that doesn’t mean this 28-year-old guy has given up on finding love. In fact, he wants to become the next Bachelor! You know, because the show worked out so well for him the first time . . . . Might as well just give it a round 2, right?

A source close to Jef reveals to Life & Style that the bachelor loves *surprise surprise* fame and really wants ABC to give him another shot on the reality show: “Jef has been in talks with ABC about being the next Bachelor. He loves fame, so it’s no surprise he’d be open to the opportunity. He also really knows how to turn on the charm!”

What do you think about Jef Holm becoming the next Bachelor? The source for the magazine claims that he would be the perfect option because fans of the show truly got invested in his relationship with Emily and the sheer fact that he could potentially get a second shot on the show would really throw Emily for a loop.

“Viewers remember him and were really invested in his relationship with Emily,” the source explains. “She would not be happy about him getting this second shot and it could make for good drama.”

This show is about as ridiculous as reality TV comes and I think it’s safe to say that Jef doesn’t really care about finding his next partner but just wants more time in the spotlight and the tabloids. Chances are he’ll get it; however, I wouldn’t be surprised if ABC took a slightly stealthier path and chose a loser from Desiree’s season of the show — this current season. There are a lot of hot heads that would make for good, dramatic TV. What do you think?