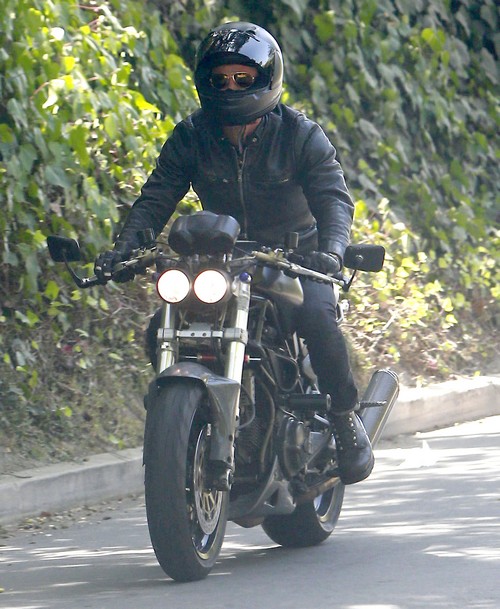 The latest report from In Touch Weekly claims that Jennifer Aniston and Justin Theroux have hit a rough patch, with Justin calling off the wedding and moving back to New York City, leaving Jennifer heartbroken and alone in Los Angeles.

A source explains, “They’ve hit a rough patch. Right now, there are no wedding plans, no baby plans — nothing. Jen always used to be the one who was working nonstop on films while Justin was writing and producing. But now that he’s both filming and producing, their dynamic has changed. It’s not Justin’s fault — he wants to work more again. But it’s caused them to drive apart and spend much less time together.”

How sad. Jennifer’s the one who got him a great agent and helped reboot his career, and his response is to ditch her for the sake of his ‘career’. Pretty harsh, non?

The source also puts the lion’s share of the blame on Jennifer, explaining, “She’s usually with guys for two years at the most before they break up. It’s her pattern: She moves really fast, falls hard and then things fall apart. She wants to make the relationship work, but she knows there’s only so much she can do. Don’t be surprised if things end sooner rather than later.”

See, this is either Justin’s team trying to make him look good or tabloids being sexist again. Why is it always the woman’s fault when there’s a breakup? I get that Jennifer ‘driving‘ Justin away sells more magazines, but couldn’t they just go with Justin being the party to blame this time? Especially since Justin’s the one who reportedly cheated on Jennifer, not the other way around.

In all honesty, I do think there’s something fishy about their relationship right now, even though they’ve already denied any claims of a breakup. They’re still not getting married, even though they’ve been engaged for over a year. Either they’re waiting for Angelina Jolie and Brad Pitt to set their wedding date first, or they’re really not interested in seeing the wedding through. And I think Justin initially committed to this relationship because of the boost to his career and profile, but there’s only so much he can pretend, right?