Earlier this year, we were all shocked by Ben Affleck acceptance speech. I mean he basically gave his wife the short end of an otherwise gracious speech. There was no “I love you” or even an “thank you”; there was “it’s hard work”.

We all suspect Jennifer Garner was the rebound off Jennifer Lopez. She probably would have remained a rebound if it weren’t for their eldest being born later that year. But despite the beginning of their relationship everything was looking fine. Jennifer took a backseat role while Ben went in search for the limelight.  Up until he called his marriage “hard work”. How is it hard for you, Ben?

He’s gone on location for the larger parts of the year meanwhile Jen is surrounded by three kids she’s raising as a single parent. What make it worse is that even though Ben’s an ass, his wife still finds ways to defend him.  This time she was selling her mom routine in Stella Magazine courtesy of Now Magazine. The reason why her career has been going down a slippery slope is because her first priority is being a mom. “ I want to be a mum. I’m happy for him that he’s as energized about work right now as he is.”

On the other hand Ben, the father, can travel internationally for whatever movie he wants to do.  One of her mom duties which I will say Ben can never do is breastfeed. “We’ve timed everything for so long around my boobs. I need to wean this baby.” This I can understand and even sympathize with.  But don’t try to claim that breastfeeding is keeping you from working, it’s called a pump. Mind you she doesn’t need it for a 1 yr old however if she wants to talk about her boobs, let her. It’s probably a rare adult conversation she desperately needed. 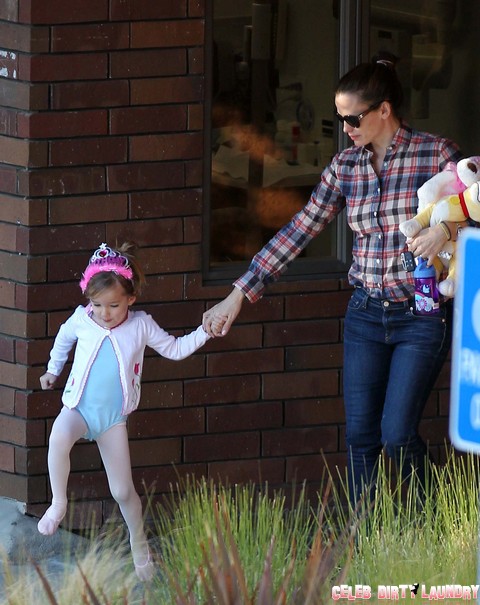 What’s really keeping Jen from working is her husband. Recently Ben has decided to giver reprieve by taking over the home front. His take was “She’s got a couple of movies coming up,” and “There’s going to be a little Mr. Mom action and I’m going to get back in the ring.” He couldn’t have done this before? Since their marriage the only thing Jen has done that was actually good was “Alias” and “Juno”, everything was crap. He couldn’t have been Mr. Mom before “Arthur”?

I honestly feel bad for Jennifer. Now it’s too late. She’s B listed herself and working on C listed! If she wasn’t she wouldn’t spew garbage like ‘That’s just what makes sense for our family.’ Don’t stare at the photo too long it’s just too awkward!