Jennifer Garner Fears Ben Affleck Will Cheat While Filming In Vancouver – He Did It Once Already! 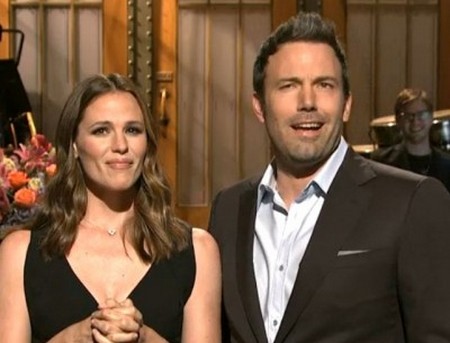 Jennifer Garner is worried that Ben Affleck is going to cheat on her. So what else is new? According to a new report from Star Magazine, Jennifer is extremely worried about Ben filming Batman versus Superman in Vancouver because he has a history in the city. Apparently, she knows that he has a history in the city, and she doesn’t want to take the chance that he’ll cheat on her. How sad it is that Jennifer is this paranoid about her husband?

Star’s source explains, “Jen is extremely insecure about his being in Vancouver. He used to get caught up in the party scene and make bad decisions, he’s reluctant about his family coming if filming gets moved there, but Jen has put her foot down. The alternative could be a nightmare.” A source adds, “She wants to be by his side at all times. Even if it causes inconvenience.”

According to the report, Ben hooked up with a stripper at a nightclub in Vancouver while he was engaged to Jennifer Lopez at the time. And we know he hasn’t really changed because [cough, The Town, cough, Blake Lively]. So does Jennifer have the right to be worried about Ben filming in the same city?

In all honesty, I don’t think it’s about the cities he visits. To suggest that Vancouver is some kind of stripper and scandal filled city is ridiculous. But I can understand why Jennifer would want to accompany him to the set and keep an eye on him – it’s sad that she feels she has to do that, but I guess she has reason to. And if she’s this worried now, I wonder how she’ll react when Emily Ratajkowski is playing Ben’s mistress in Gone Girl?