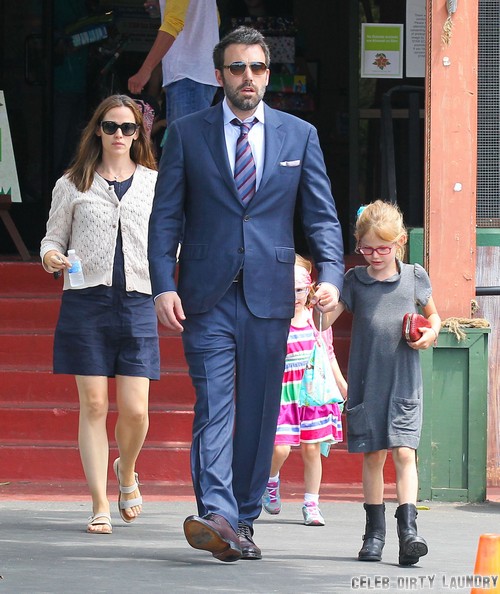 Are Ben Affleck and Jennifer Garner headed for a divorce? It would appear so if he doesn’t watch what he says about their marriage in public!

If you’ll recall, during his Best Picture Oscar acceptance speech for Argo, he called their marriage “work”. This was something that she can’t let go of — apparently. According to reports, she is still making him pay for his comments at the awards ceremony.

A pal said, “He felt he had wronged Jennifer. So he tried to make amends during a recent hosting gig on Saturday Night Live.”

The source went on to say, “Ben is always worried he’s going to lose Jennifer and is still begging her for forgiveness. So he asked SNL producers if he could make his Oscar speech the subject of his monologue and bring Jennifer onstage with him.”

The snitch added, “It’s been eating at him. He was at his lowest point both personally and career-wise when he met her. And since then, things have been wonderful. Jen isn’t going anywhere.”

She isn’t going anywhere — for now. Let him mess up again and we’ll revisit that idea. What do you think?