Oscar Winner Jennifer Lawrence As A Contestant On The Bachelor – That’s Her Dream! (Photos) 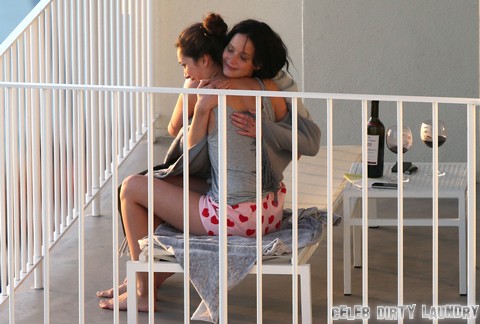 Hot off of her Best Actress Oscar win, Jennifer Lawrence is without a doubt Hollywood’s latest “it” girl.  She has had a ridiculously successful year and so of course everyone wants to know more about the actress. I think part of what draws people to her is the fact that she just seems relatable in spite of being a star. She has spoken out in interviews about the pressure to be thin in Hollywood, saying that she has no intention of giving up her Cheetos. The trip over her dress while climbing the stairs to get her Oscar was priceless and it made her more real.

According to the March 25th print edition of National Enquirer Jen has something else in common with millions of other women- she loves The Bachelor! Actually, reality television in general.  The stunner admits that she’s more than a little addicted.

“When I’m out, I think about my couch…like ‘It would be awesome to be on it right now. I bet there’s an episode of Dance Moms on. Am I missing a new episode of Keeping Up with the Kardashians? I’m just stressed by the idea of missing them’”

Jen actually wanted to be on the The Bachelor!  According to the Enquirer she actually once pleaded with her handlers to get her on the show as a contestant. They actually had to talk her out of it and convince her that it would be career suicide!  Can you imagine Jen cliff diving in the middle of nowhere, fighting 24 other women for the occasional attention of one guy?  Yeah, me neither. I suspect she will have no problem finding a man now that she’s back on the market!

Are you a fan of Jen’s? Tells us what you find so endearing in the comments below!

Oscar winner Jennifer Lawrence is seen relaxing with a bottle of wine and a friend while on vacation in Hawaii on February 27, 2013.