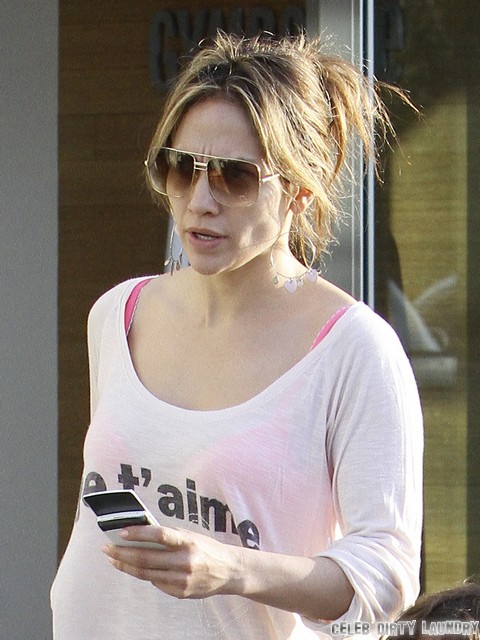 Well, well, well. All those rumors are true. Jennifer Lopez is no longer Jenny from the block. Like she claims to be. We never bought it. She’s a total diva! J.Lo was in the running for a performance in front of 60 million people at the opening ceremony of India’s Premier League cricket tournament. This is apparently like the Superbowl of the cricket world. Last year, the tourney drew in 56 million viewers. But the gig fell apart when Ms. J.Lo gave her list of demands! And boy was it a demand. Wanna know what’s on the list? Try a private plane and tons of hotel rooms for her entourage of stylists, personal assistants and a private chef. According to a source, “She effectively priced herself out of the event.” No doubt on that. Maybe she should fork over the cash to charter her own private plane. She’s got the money! If she wants to live like a diva, she better be ready to bank roll that lifestyle.

This is apparently not the first time she’s made such crazy demands. When she performed for an AIDS benefit video, she requested for a 45-foot trailer with white drapes, white couches, white lilies, white tablecloths, and Diptyque candles. Those can set you back a hundred dollars! Really?! For candles? Obsessed with white much? White represents purity. She’s far from that.

But La Lopez’s people claimed the date in question conflicted with the singer’s current music-recording schedule for her next album. It’s slated for this summer. Um, yea, sure. Is she that busy? We highly doubt that. She just needs to come down from her own fantasyland.

So the gig went to Pitbull instead. He’s not a diva. He’s going to bring down the house next Tuesday. Pitbull is no stranger to India. He visited India in December 2011. And he didn’t disappoint his Indian fans. J.Lo is going to kick herself for this.

With no makeup, a messy ponytail and a thrown together outfit with a neon bra showing through her see through shirt, Jennifer Lopez looked like most ordinary overworked mothers shopping with her children at The Grove in Los Angeles, CA on March 15, 2013. Far removed from the sexy and bold fashion sense she is known for, J Lo appeared much more comfy casual than catwalk ready as she walked with her 5 year old twins, Max and Emme. The multi-talented Lopez is also juggling her ongoing career and at times during the shopping trip, she seemed more focused on her phone than her children. After letting go of Emme’s hand to type a message, Lopez became too engrossed in her cell to notice that her daughter had become frightened of the eager photographers. Lopez continued typing away, while Emme hid behind her. Later, Max played mother’s helper and carried bags to the waiting car.