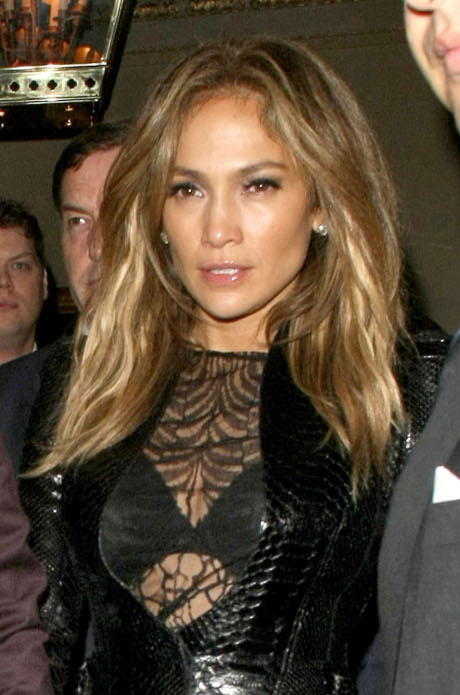 Jennifer Lopez and Ryan Seacrest were recently spotted having a top secret meeting — and people are assuming it has something to do with the reality singing competition that both are (or have been) associated with. Eyewitness say the pair met in a super classy industry building, each taking careful attention to arrive at slightly different times, supposedly to avoid looking suspicious. Well, the mere fact that they felt the need to be so secretive, well, causes our suspicions to escalate ten fold. Why the secrecy, clever Seacrest?

According to Radar Online, who broke the story, Ryan wasn’t exactly tickled pink to have been spotted as he entered the building. “J.Lo was driven there by her regular driver.  Ryan arrived simultaneously, and didn’t look happy to have been spotted,” the source says.

Now, the fate of Idol is basically up in the air. Honestly, I’m surprised they’re even bringing it back, as the show continues to tank and they can’t even seem to sell out their once popular American Idol tours featuring the season’s performers. But, Idol will be one of those franchises that will fight until there’s absolutely no fight left to fight. As for who will be sitting at the judge’s table next year, that’s still a big whopping mystery, though I think we can probably assume JLO and Ryan’s little rendezvous had something to do with just that. JLO is reportedly in talks to return next season — perhaps alongside Jennifer Hudson and other singers who’ve once taken part in the competition.

I think that would add a bit of freshness to the show actually. Don’t you think it’d be interesting/cool to have past contestants return and judge new contestants. I’m not talking about those who haven’t done anything since the show? But Jennifer Hudson would be a good choice, as she’s done a lot since her time. Other good options would be Adam Lambert, Katherine McPhee (since she betrayed me and got Smash cancelled!), and Fantasia could potentially add some flare as well.

What do you think about this nonsense? Let us know in the comments section below. We’d love to hear form you. Do you even care about this show?