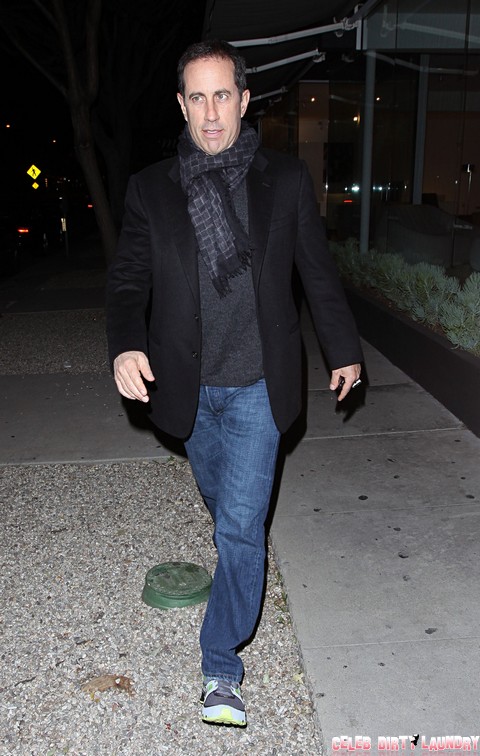 It’s a typical reality: funny onscreen, but the smile stops when the cameras are off. Jerry Seinfeld is a comedic legend, but in a recent interview he admitted that, despite his worldwide success ad $800 million dollar fortune, he struggles to stay alive. He called it a “tendency toward depression,” claiming, “If it wasn’t for my kids, I’m pretty much done with living. I could kill myself. Now, there’s something else to live for.” While it is a common, parental thing to admit “living for your kids” or “my kids are my whole life,” Seinfeld presents the idea with a much darker undertone. During the interview, he also suggested that a “romantic dissatisfaction” was once a contributing factor to his suicidal thoughts, but it sounds like his marriage to Jessica Sklar has helped turn that around.

A source reported to National Enquirer, print edition January 14, 2013, “The interview Jerry gave wasn’t exactly a ringing endorsement for his marriage to Jessica, although it’s clear he certainly loves his kids and being a dad.” Seinfeld and Jessica have three kids: a daughter and two sons. But a friend suggests that he may be romantically interested in his ex of 20 years ago, Shoshanna Lonstein, who is twenty years his junior. The friend also confesses that “he still hasn’t found real happiness and remains somewhat depressed. Pals believe he really never got over his bustup with Shoshanna and wonder if he would be happier today had they been able to make it work.” Family problems like this are always so sad to read about—I’m more concerned about his kids than any of his romantic partners (who are all adults, and can manage just fine with or without Seinfeld).

It’s hard to tell if Seinfeld just had a verbal slip during the interview, or was trying to make a joke about how much he loves his kids. But the words he said are concerning. It’s wonderful that he loves his kids, and wants to live for them, but what will happen when they leave the nest and become self sufficient? I hope that Seinfeld can get the help he needs to more appropriately value the good things in his life—including his partner, and his alone time. It really sounds like, without his kids, he feels there would be nothing to live for, not even himself! Do you think Seinfeld meant it this way, or was it just a slip of the tongue?