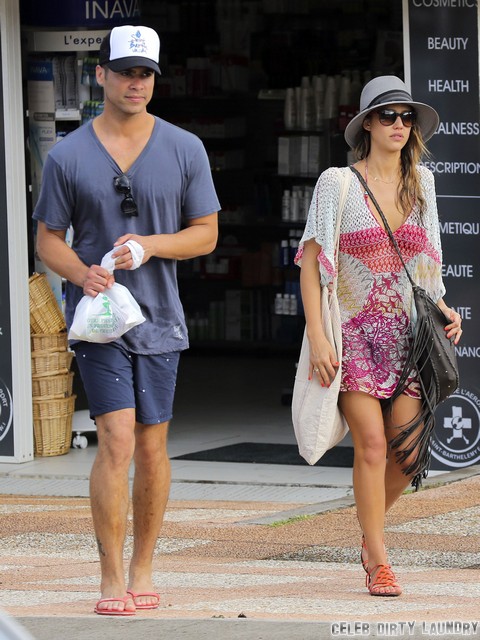 When Jessica Alba first met Cash Warren he was a production assistant on the Fantastic Four and he made his own money. Now, several years and two kids later Jess has clearly emerged as the main breadwinner. She still acts, has an internet business, just wrote a book and the list goes on. According to the April 15th print edition of Star Magazine, Cash hasn’t worked in three years and spends the majority of his time chowing down in front of the television.

Needless to say, Jessica is fed up with his chronic laziness and has demanded that Cash get a real job. He supposedly has one production assistant gig lined up for this year but for his busy wife that’s not nearly enough. She feels like if she can juggle all that she does and still be present to parent the couples’ two daughters, then so can Cash. She has grown really tired of him being content to live off the money that she earns and she thinks that Cash clearly needs to set a better example for their daughters.

It’s pretty hard to raise ambitious kids when they see daddy partying with all of his buddies in front of the television while mommy goes to work. Money is one of the main reasons why couples fall apart. Financial strains often contribute to divorce and while Jess and Cash aren’t hurting for money, I’m sure she would appreciate it if he acted like he wanted to help contribute.

Will Cash get himself a real job this year and make Jessica proud of him? Or will this current situation eventually turn into a real deal breaker for the couple? Is this a hint of serious problems between them?  Tell us your thoughts in the comments below!