Taylor Swift Gets Jessica Hart Her Job Back At Victoria’s Secret? 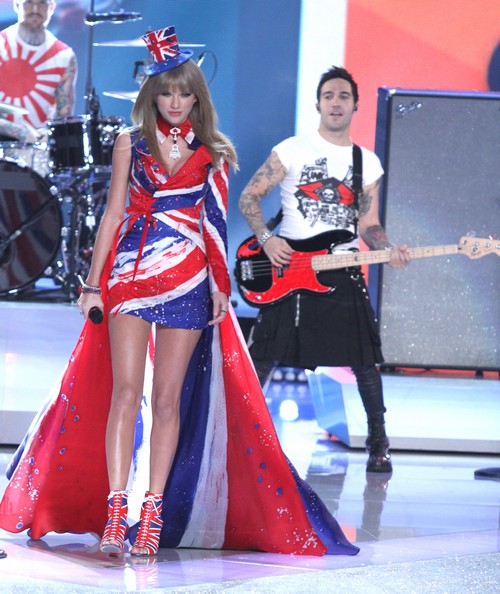 Earlier today, we’d heard reports of Jessica Hart being permanently fired from Victoria’s Secret. The whole mess started when Jessica made comments about Taylor Swift‘s unsuitability to join Victoria’s Secret a couple of weeks ago, and that sparked the whole controversy. Jessica later apologized and took back her words, instead claiming that Taylor was a ‘rockstar’ and that her words were taken out of context. Yeah, yeah, that’s always the excuse. Either way, none of the executives at Victoria’s Secret were very happy, and it looked like Jessica was dunzo at the company.

But hey, Taylor Swift the benevolent came to Jessica’s rescue. Perhaps Taylor defended Jessica’s words and claimed that she didn’t deserve to get fired over such a small controversy. Of course, Victoria’s Secret isn’t going to admit that all of this has been going on behind-the-scenes, so the president just issued a statement saying, “There is no truth to the rumors that Jessica Hart has been fired or that she will no longer work with the brand. As you will see, she was a great part of our show and we look forward to continuing to work with her.”

Although Gossip Cop and some other outlets are trying to pretend as though the original report of Jessica being fired was bogus, keep in mind that it was the New York Post. The New York Post always has legitimate sources, which means that Jessica Hart actually was fired or came very close to being fired as of earlier today. Either Taylor intervened as sources claim, or Victoria’s Secret changed their minds for some other reason.

What do you guys think? Did Jessica’s words warrant such a heated reaction? Let us know your thoughts in the comments.