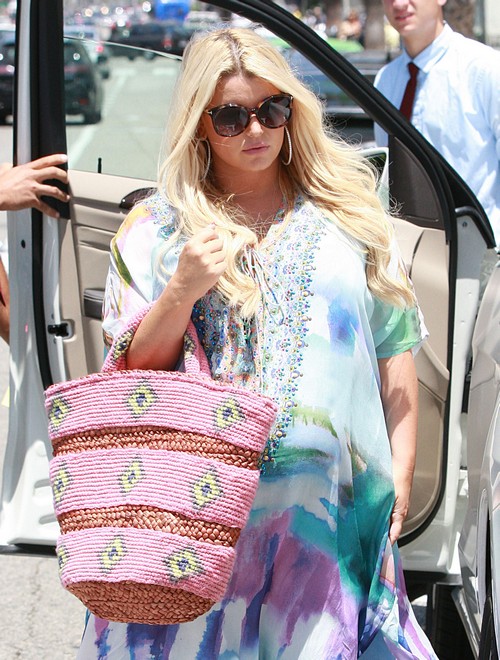 Jessica Simpson has reportedly popped and given birth to her second child with fiance Eric Johnson. The couple’s rep have confirmed to that Jessica welcomed her baby through a C-Section in the early hours on Sunday.

It’s been a long time coming, and this time around, there was no way the singer was going to be able to push such a huge baby out; she looked like she was ready to pop in her seventh month, so no surprise that her doctor suggested a C-section would be best.

Jessica’s team have released a statement saying: “Mom and baby are doing great.” The two have also reportedly named their second child Ace Knute Johnson, which sounds like a horrible name, but who then again celebrities are known for picking out ridiculous names for their babies; i.e North West and of course Blue Ivy. What were they thinking? LOLz.

Jessica announced her second pregnancy on Christmas Day and shared the news that she was expecting a boy on Jimmy Kimmel Live in March. She joked at the time that to prevent herself from getting pregnant again so quickly, she’ll keep her legs shut this time around. Haha,- she cracks funny jokes, doesn’t she?

It’s unclear whether or not Jessica is still signed with Weight Watchers for a weight-losing deal for this time round.  With the first pregnancy the company offered her $5million to lose the baby weight in a matter of weeks.  Seeing that she unexpectedly announced her second pregnancy, the deal is probably still valid for this time around — she’s not getting out of that deal that quickly. Ha.

Congrats,  to Eric and Jessica!