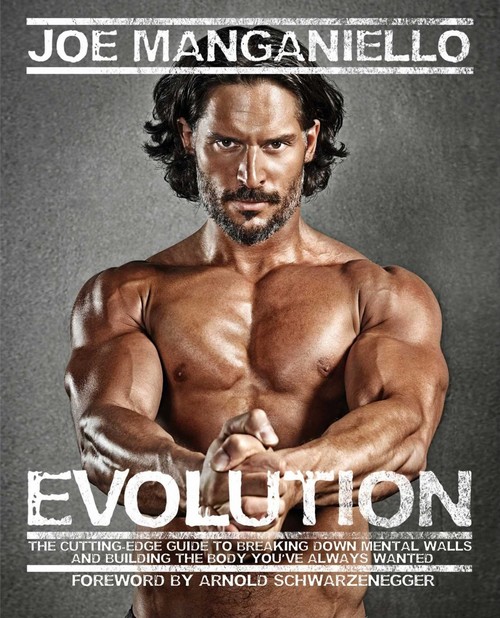 Actor Joe Manganiello who plays smoking hot werewolf Alcide Herveaux on the hit HBO series True Blood revealed his life was not always sunshine and roses.  Quelle surprise!  Joe use to have a serious alcohol problem and was living on the streets.  Our favorite magazine, the GLOBE dished what Joe revealed, “There was a period of about four-years where I needed to quit drinking.”

Joe knew that he had hit rock bottom and what he had to do, “My life was ruined.  I was homeless, careless and broke with no career. I had to clean up my act and figure that whole situation out.”  It did not happen overnight for Joe, it was a struggle to quit drinking,  but he has been clean and sober for 11 years and he says it was well worth it.

Joe also revealed that when he was younger he was skinny with glasses and got bullied all the time.  Joe reveals in his new book, Evolution: The Cutting Edge Guide to Breaking Down Wall and Building the Body You’ve Always Wanted how he has turned his skinny body into a lean, mean, muscle machine.  Since changing his body Joe has been named Men’s Health 100 Fittest Men of All Time and regularly featured in internationally bestselling fitness and bodybuilding media.

Joe also reveals in his book how he was able to make lemonade out of lemons and his, “failure became a huge part of his success story.”  If his book can give my hubs a six-pack like that, I am headed out to buy him one for his Christmas presents :-)