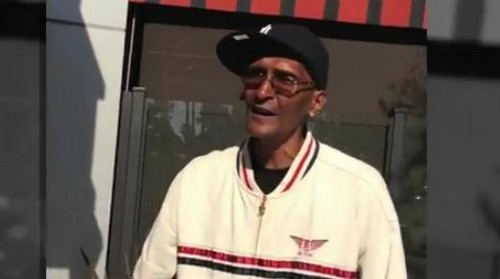 Lamar Odom‘s been grappling with a serious drug addiction for the better part of two years, and Lamar’s father has finally spoken out, pointing the blame firmly at the Kardashians.

Joe’s thoughts on how Lamar needs to get over his addictions include ditching Khloe Kardashian and cutting off ties with the Kardashian family completely. He explains, “Someone’s got to speak out, I’ve got to do something about this. It’s simple. They brought him down. He would be better off without them. Let him go and get his life together. I think the best thing for him would be to have a clean break, divorce Khloe and as a single man try and get his life back together.”

He also adds, “I wish he had never got married to Khloe to be honest. She’s controlling. Those Kardashian women all are. You get married they think they wear the pants. You just bring them your whole paycheck, that’s how it works. I saw her totally differently when I heard the way she talked privately. It isn’t pleasant. In public she’s nice, but if you see her personally you see the real person come out of her. The mother’s like that too. The whole family, they put up an act.”

He also discusses how none of them have been a positive influence on his son, and how his basketball career suffered since he got together with Khloe. The problem is, is it really smart for Joe to be saying this to the tabloids instead of directly to his son’s face? How much good is this going to do? While I agree that the Kardashians are probably at least partially responsible for the pressure that Lamar feels, it’s still his choice to do drugs and his choice to cheat and hook up with strippers. There’s only so much that Joe can blame other people for.