Jon Hamm Adresses Throat Cancer and Coughing Up Blood and Laughs At It! (VIDEO) 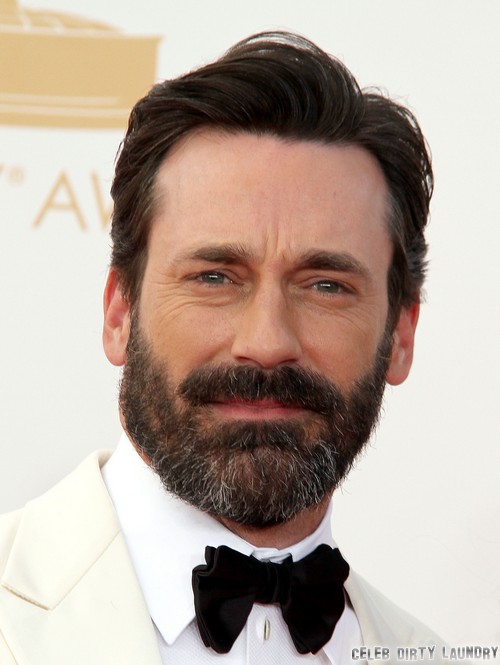 Jon Hamm was on Jimmy Kimmel Live last night and admitted to Jimmy that the story about his serious throat problem was exaggerated by National Enquirer and his condition it isn’t as bad as they made it out to seem.

Jon went on to explain what he’s got “I’ve got a polyp on my vocal cord, which sounds worse than it is. Although, it doesn’t sound as bad as how the National Enquirer reported it, which was that I was coughing up blood and probably have cancer.” I don’t think someone who’d be coughing up blood and might have cancer would appear on Jimmy Kimmel Live – unless it’s Kris Jenner looking to plug something.

Later on the show Jon Hamm left on a positive note and told everyone “We don’t know how our lives are going to end. I, apparently, will die of cancer, according to The National Enquirer… soon.” No need to worry Jon looks like he’s in good health and doesn’t look like he’s going to be dying from cancer anytime soon.