Josh Duhamel Gets Cheeky in New ‘Share a Diet Pepsi’ Campaign — Check Out Our Own Memes! (PHOTOS) 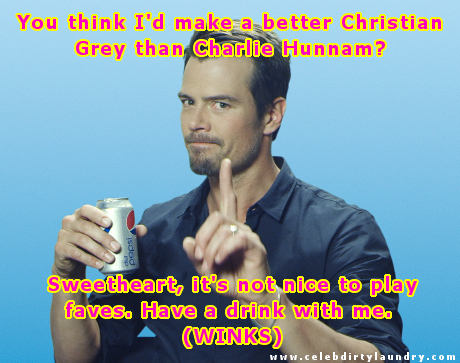 You might have seen Josh Duhamel‘s recent ad campaign he began with Diet Pepsi; if not, don’t despair, we have all the cheeky bits for you, including some of our own meme’s (above and below) we created to help out with the campaign! While new dad Josh Duhamel was on set of his recent Diet Pepsi video, which has gone viral with over 3.3MM views, he let loose and had some fun — and Pepsi caught it all on film. What ensues is a funny series of moments that all the JD fans will definitely enjoy.

For two and half minutes Josh gazes, winks, and gestures at the camera to convince you to share your Diet Pepsi with him. Check out the video to see the lengths Josh will go for a sip. After watching the video, would you hand over your Pepsi to Josh? Check out our memes and, if you have a funny side, don’t be shy . . . . post your meme captions in the comment section below! 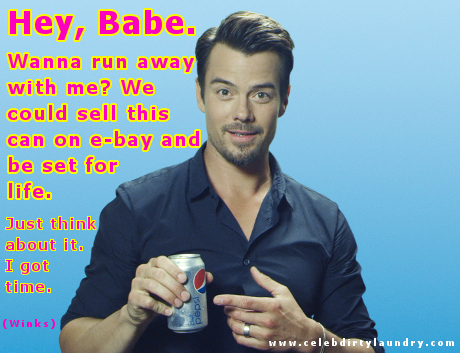