Josh Hutcherson Dumped By Vanessa Hudgens: Tells Seventeen She Broke Up and Broke His Heart 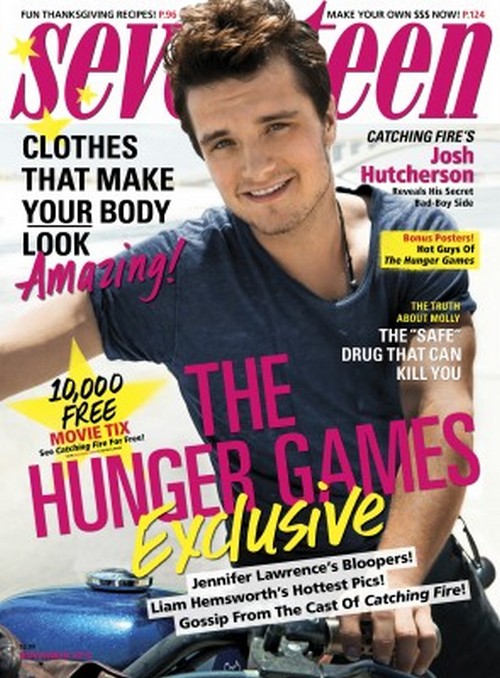 Josh Hutcherson is currently going steady with his girlfriend, Claudia Traisac, but he also opens up about his past relationships with Seventeen Magazine.

Josh is promoting The Hunger Games: Catching Fire, which releases next month, but most of his interview with Seventeen is focused on his romantic life. As we know, Josh used to date Vanessa Hudgens right after they met on the set of Journey 2: The Mysterious Island, but they broke up pretty suddenly. And based on Josh’s comments, he’s making it sound like she dumped and used him.

He explains, “I think getting broken up with is worse than breaking up with somebody. For me it hurts more when you’re ready for something to keep going and the other person isn’t. I was blind at first by looks, by love, whatever. I’ve been known to fall hard and quick for girls, which I think is better than not falling at all.”

Well, at least he doesn’t regret anything. But it was after The Hunger Games was first announced that he and Vanessa started going out, and also getting conveniently papped. It’s possible that she was using him for publicity, taking advantage of the fact that he had just been cast in one of the hottest films of the decade. Obviously, Josh is too classy to give out any names, but looking at his past girlfriends, she definitely comes to the forefront. Also, Josh did seem WAY more into her than she did into him, even just by the various paparazzi videos that were taken of the two of them.

What do you guys think about Josh’s comments? Let us know your thoughts in the comments.