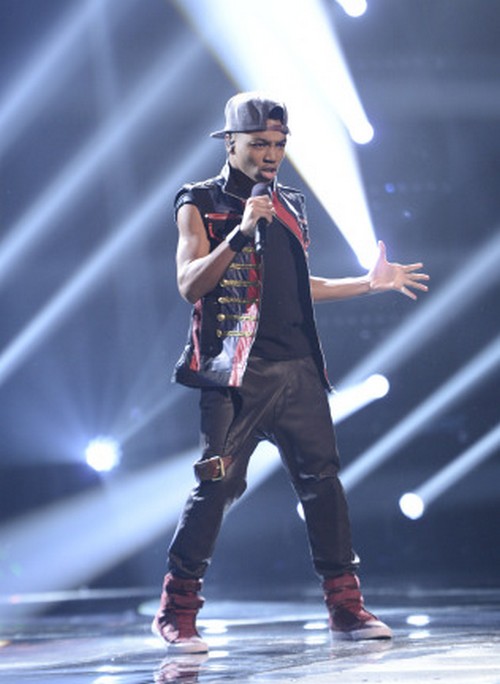 Josh Levi took the stage  on THE X FACTOR USA for his Top 8 live performance and Big Band Week.  Josh Levi sang “Treasure”  by Bruno Mars. On tonight’s show the top 8 performed live in front of coaches Simon Cowell, Kelly Rowland, Demi Lovato and Paulina Rubio for America’s vote and to make it to the coveted “Top 6.”  Did you watch tonight’s performance show? We did and we recapped it here for you.

Judges’ comments:  Josh Levi “Treasure”  by Bruno Mars – Kelly said, “When i say you let us into your world it was so wonderful to watch.  I don’t  know what MySpace you were in, you were animated.  You are a star, you  have so much charisma.  You are exquisite.”  Demi said, “That
was the cutest thing ever.  Putting the hat on the girl was cute to.  I  feel like you have done a great job with him Paulina.”  Simon said, “I  don’t know if you were drinking tons of energy drink.  You were jumping  on everything.  My only slight criticism is you have to be careful the choreography does not date you.”  Paulina said, “Everyone agrees with me, you are fantastic.  You make us feel you do this effortless.”

If you want to see Josh make it another week, you have to vote for him.  Josh took to his twitter to ask his fans to vote for him, “Double Elimination. I trust you guys, but please don’t forget to vote #LEVINATION and buy the song tonight”