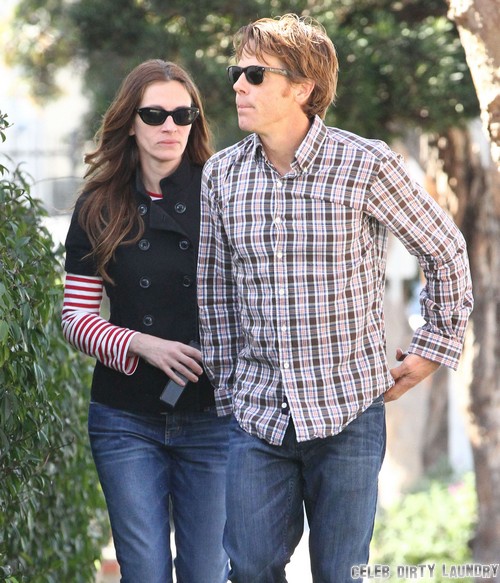 Nearly every family has that one sibling that only seems to show up when there’s something in it for them. In Julia Robert’s case the sibling is her half sister, Nancy Motes, who has been on the outs with the actress on more than one occasion. Back in 2005 Julia freaked when Nancy was trying to snap photos of her twins to sell to the press. After calming down she actually helped Nancy snag a job as a production assistant on the set of Glee so that she would be able to take care of herself.

Now, according to The National Enquirer, Nancy is getting ready to marry her boyfriend, John Dilbeck and Julia wants nothing to do with the wedding. She hates John and believes that he is just using Nancy for the money that he thinks he can indirectly get from Julia. Nancy is basically broke but with Julia as a half-sister John is seeing dollar signs dancing in front of his eyes.

Julia has made it clear that she can’t stand John and won’t be apart of any wedding. She also is steering clear of Nancy as long as she is connected to John because she believes that he will push Nancy to squeeze Julia for more money any chance she gets. Weddings aren’t cheap so it’s the perfect excuse to try and tap Julia for more cash so she put her foot down before the topic even came up.

At least this is a problem that’s relatable. You don’t have to be a Hollywood A-Lister to have a family member constantly hitting you up for help. Is Julia doing the right thing in cutting Nancy off right before her wedding? Do you think Julia’s Spidey Sense is likely good in this situation? Tell us your thoughts in the comments below!