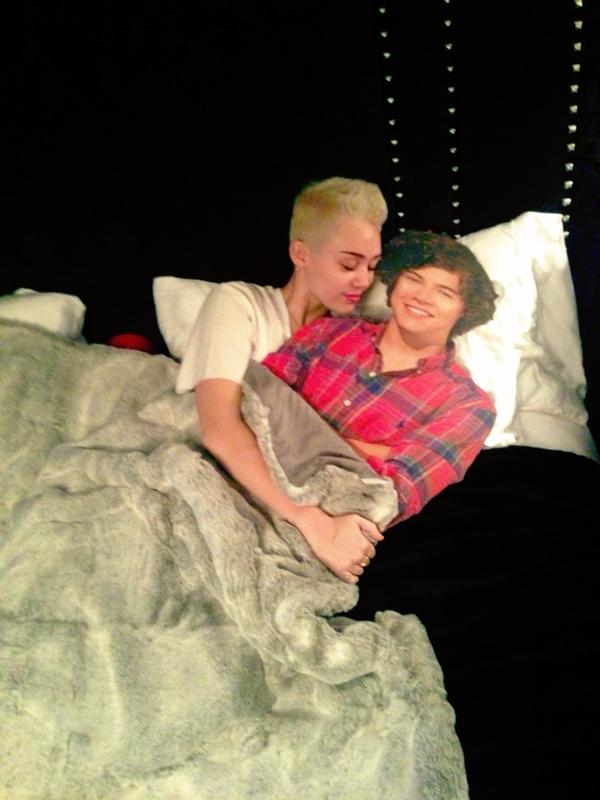 Miley Cyrus and Justin Bieber may be collaborating on a new song for Miley’s upcoming album. On May 16th, Miley was seen leaving a Los Angeles recording studio where Justin was also said to be recording. Miley was trying to hide from the paparrazzi by slouching down in her car. Not her usual MO. This girl loves the paps! Justin, however, is not always a fan of the paps. My guess is that Miley’s trying to generate some buzz for her forthcoming album.

These two are both a scandal away from being washed up former child stars! I’m sure Miley was recording a song with Justin. She already has a lot of heavy hitters—Snoop Dog, aka Snoop Lion, Pharrell Williams and producers, Da Internz, who produced Rihanna’s hit, “Birthday Cake” and Big Sean’s “A$$” on her album. It would appear that Miley is trying to go for a more “urban” sound, and Justin, who hangs out with an “urban” crowd, would be a perfect fit. A song with Justin wouldn’t take her too far from her pop roots and would help her keep one foot firmly in the pop world. A bridge of sorts between the pop world and the “urban” world.

Miley has also said she is working hard to come back to the music industry. I’m not sure what she means, but cutting off her hair (which aged her a good ten years), dressing provocatively, smoking a weed like substance, posing nude and getting engaged are some very interesting ways to make your way back into the music industry. Maybe, that’s what you need to do to generate interest, even when you have a halfway decent voice. I wish her well, and hope she doesn’t resort to even more outrageous behavior as she makes her way back to the music world.