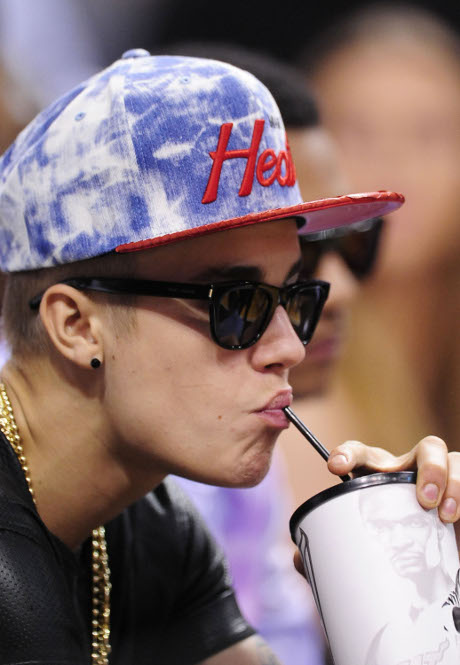 Justin Bieber‘s bodyguards are definitely ones to watch out for. They mean business, and they take their job of protecting the lil’ Bieber extremely seriously. Recently, Justin Bieber’s bodyguards have been accused of rushing a photographer who began snapping pics of the Bieber, who was skateboarding in a parking lot at The Hit Factory. Bieber’s bodyguards obviously took this as a threatening display of aggression and chose to react . . . . by supposedly assaulting the photog!

According to TMZ, sources say the photog called authorities not long after. They report: Our sources say the photog told cops … 2 of Bieber’s bodyguards rushed him and one started choking him.  He says the bodyguards grabbed his camera and removed the memory card.  The cops showed up and took a battery report.  The case will be sent to the State’s Attorney for review.

Of course the bodyguards attempted to remove the memory card, which contained photographs of Bieber and — probably — the event of assault. While that particular information isn’t known at this time, sources do confirm that there are pictures documenting the brutal physical assault.

What do you think of Justin Bieber’s bodyguards getting overzealous with their jobs. Obviously, it is their job to protect the celebrity? But at what point do these individuals cross the line and take it over the top, dealing harm that isn’t really necessary? Crazysauce. Let us know your thoughts in the comments section below.